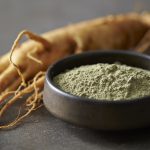 As you probably know: seasonal influenza can be a rapidly-spreading and highly contagious health issue that leads to 291,000 and 645,000 fatalities worldwide every year. Although most healthy adults recover from bouts of the flu with nothing more serious than unpleasant memories of fever, aches and pains, the fact is that a flu can and does increase the risk of premature death – in people with a compromised immune system.

Making the situation even more dire is the fact that unexpected new pandemics, like COVID-19 – for which Western medicine has no “cure” – can emerge without warning.  In truth, too many conventionally-trained physicians simply lack the fundamental level of education to handle immune deficient, health-related conditions.

In a study published in the April 2014 edition of Nutrients, red Korean ginseng improved the survival rate of human lung epithelial cells that had been infected with influenza A, along with reducing the expression of inflammation-causing genes. In addition, researchers found that Korean ginseng helped to treat influenza by modifying the immune systems of mice with clinically-induced influenza A, causing them to develop increased levels of antiviral proteins.

This is exciting information, especially when you consider the danger of flu vaccines.

And the news on ginseng gets even better – another new study, published in International Journal of Molecular Medicine, supports ginseng’s ability to prevent and treat respiratory syncytial virus (RSV), a disease for which there is currently no conventional remedy.

RSV, the single most common cause of pneumonia and small-airway lung inflammations in babies under a year old, can also be extremely dangerous in older adults. According to the U.S. Centers for Disease Control and Prevention (CDC), RSV causes 177,000 hospitalizations and 14,000 deaths in adults over 65 every year.

Bottom line – you can eliminate the threat of pneumonia safely and effectively – without the need for toxic medications.

Reduce your risk of chronic inflammation and viral activity

Researchers found that Korean red ginseng attacked RSV in a style very similar to the way it combated influenza A: reducing damage to lung cells, suppressing the expression of inflammatory genes and inhibiting the virus’ ability to spread in the body.  Animals given red ginseng orally had lower viral levels than those that had not been given this herb, along with increased production of dendritic cells – which create virus-fighting interferons.

Red ginseng also fights viruses by stimulating production of natural killer cells and T-cells and boosting the power of the body’s own antioxidant defense systems.

True ginseng exists in two different forms: American, or Panax quinquefolius, and Asian or Korean, scientifically known as Panax ginseng. Although they have similar active ingredients – a group of compounds called ginsenosides – their effects can differ. The most recent studies were performed with red Panax ginseng, but American ginseng has also shown immune-boosting properties.

A third type, known as Siberian ginseng, is unrelated and does not have the same constituents.

A powerful antioxidant and anti-inflammatory, this herb can help to reduce the risk of serious chronic diseases such as cancer and heart disease. It is also used to promote energy, reduce fatigue, improve cognitive function and memory, and elevate mood and quality of life.

In a well-known study published in 1996 in Drugs Under Experimental and Clinical Research, researchers found that ginseng potentiated the flu vaccine, making it more effective.  A group of 227 volunteers were split into two roughly equal groups and given either placebo or 400 milligrams of ginseng daily for 12 weeks; both groups received an anti-influenza vaccination at week four.

While 42 people in the placebo group eventually developed influenza or colds between weeks four and 12, only 15 people in the “herb enhanced” group fell ill – a dramatic difference!  The ginseng group also experienced decreased intensity of symptoms and a shorter duration of the illness.

Which type of ginseng is best for flu prevention?

Most studies on ginseng’s beneficial effects – as well as the two latest studies – have been done with red Korean ginseng, also known as Panax ginseng. Ginseng is available both as “white,” which has been peeled and dried, and “red,” which is steamed before drying and unpeeled.

You can get the Korean form as a liquid extracts, powder and capsules; it is also available as a root, which can be boiled to make a decoction.  Just be careful to buy the Korean variety only from trusted, reputable companies; cases of substitutions and adulterations have been reported.

Ginseng can interact with medications and other herbs and supplements; consult with an integrative physician before taking it, especially if you have high blood pressure or autoimmune disease.  Most experts advise taking ginseng in cycles, with a two-week period of ginseng supplementation followed by three weeks without the herb.

One final note: Due to its stimulating effect, ginseng can theoretically cause nervousness and sleeplessness; this is more likely with very high amounts.  Other side effects are uncommon, but could include headache and digestive disturbances.  And, because this herb can lower blood sugar levels, it should be taken with food.

No doubt, the current COVID-19 pandemic and past issues like the H1N1 virus highlight the need for better research on protecting us against unexpected and new viral strains.  But, the research featured (today) about the value of herbal medicine should give us hope.

There is a natural (safe) way to support our immune system and stay healthy – even in these troubling times of uncertainty.  Never forget the value of good (organic) food and herbal medicine to protect your life.

(NaturalHealth365)  Organic produce sales are booming around the world.  Of course, by END_OF_DOCUMENT_TOKEN_TO_BE_REPLACED

(NaturalHealth365)  Alzheimer’s patients (and their families) know this is true: cognitive function END_OF_DOCUMENT_TOKEN_TO_BE_REPLACED