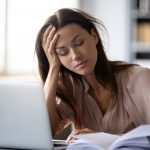 (NaturalHealth365) Over a million people in the United States are currently diagnosed with chronic fatigue syndrome (CFS).  According to the U.S. Centers for Disease Control (CDC), it is likely that millions more are battling similar symptoms but don’t meet all the standards for a formal diagnosis.

What are the signs of CFS?  Well, symptoms – including overwhelming fatigue, confusion, memory loss, joint pain, anxiety, and depression – can be debilitating; in severe cases, careers, marriages, and relationships may be jeopardized.  Yet, CFS remains a “mystery” to Western medicine, although – like many health issues – natural health experts believe that environmental toxins like EMF pollution from wireless technology, nutritional deficiencies, and emotional stress play a significant role on energy levels.

Conventionally speaking, there is no cure for CFS, but, sadly, these same physicians will often prescribe NSAIDS and antidepressants to help ‘manage’ symptoms – which offer plenty of negative side effects.  Unfortunately, studies have demonstrated that when CFS remains undiagnosed for many years, the condition rapidly worsens.

How can Ayurvedic medicine help you overcome chronic fatigue syndrome?

In Ayurveda, chronic fatigue syndrome – or Bala-kshaya – is believed to be caused by a buildup of toxins, resulting in a disconnect between mind, body, and spirit.  Treatment is holistic and includes meditation, diet, massage, breathing techniques, and herbal therapies.  Naturally, it’s an intelligent decision to minimize your toxic burden – as a top priority – along with incorporating immune-supportive therapies.

Ashwagandha, scientifically known as Withania somnifera and also called “Indian ginseng” and “winter cherry,” is a Rasayana – an herb believed to prolong life, combat disease, and protect both body and mind from stress.

In an animal study published in 2000 in Phytomedicine, ashwagandha extracts performed as well as Ativan, a benzodiazepine, to reduce anxiety.  Researchers also found that ashwagandha’s antidepressant effect was equal to that of imipramine, a pharmaceutical medication sold under the name Tofranil.  Noting that ashwagandha reduced brain levels of tribulin, a chemical marker of anxiety, researchers concluded that the study supported ashwagandha’s use as a mood stabilizer and an anti-anxiety therapy.

In an animal study published in 2002 in the Journal of Medicinal Food, ashwagandha, in conjunction with other herbs, restored brain levels of natural antioxidants and measurably reduced the oxidative stress contributing to chronic fatigue.

Scientific studies continue to confirm the effectiveness of Ayurvedic herbs

As useful as ashwagandha is in fighting CFS, it is not the only Rasayana herb that has received scientific attention.  Rhodiola Rosea, the root of a plant that grows in Arctic regions, is also used in Ayurveda to restore neurological function, enhance energy, reduce fatigue, alleviate depression and restore natural sleeping patterns.

According to NYU Langone Medical Center, rhodiola may help people function better when they are under stress.  The medical center cites a double-blind, placebo-controlled study in which 56 physicians on overnight duty who were given rhodiola could retain higher levels of mental function than the placebo group.

Noted herbal authority, Chris Kilham, points out that extensive clinical studies have confirmed that rhodiola increases strength and stamina while promoting mental clarity.  Like ashwagandha, rhodiola combats chronic fatigue syndrome on many levels and does so without serious adverse effects.

Are there any clinical studies supporting brahmi’s benefits?

Yes.  In a double-blind placebo-controlled study published in 2008 in the Journal of Alternative and Complementary Medicine, 300 milligrams a day of Bacopa extract were given for six weeks to elderly volunteers.  Using a battery of diagnostic tools, including the Wechsler Adult Intelligence Scale and the Rey Auditory Verbal Learning Test, researchers found that those in the Bacopa group had enhanced word recall memory scores.

Researchers noted that the group who had taken Bacopa had declining levels of depression and anxiety; in the non-Bacopa group, levels continued to rise.  The team noted that Bacopa had the potential for safely enhancing cognitive performance.

How can I use these herbs for chronic fatigue?

Although ashwagandha, rhodiola, and brahmi are generally safe, they can interact with other herbal remedies, prescription medications, and supplements.  Naturally, it’s best to consult a trusted doctor before using these herbs to treat chronic fatigue syndrome and follow serving instructions carefully.  And, of course, make sure to obtain your herbs from a reputable source.

Remember, herbs are only part of the Ayurvedic approach to healing.  An Ayurvedic practitioner can recommend simple dietary and lifestyle changes that can speed up your recovery time.  Chronic fatigue syndrome can be a frustrating, baffling, and debilitating condition, but you don’t have to let it control your life – or feel compelled to take toxic prescription medications.

Many people have found relief with safe, natural Ayurvedic remedies that work to eliminate toxins, bring the body back into balance, and restore good health.

(NaturalHealth365)  I’ll begin this article by stating the obvious: I am not END_OF_DOCUMENT_TOKEN_TO_BE_REPLACED