Glyphosate exposure linked to an increased risk of kidney disease 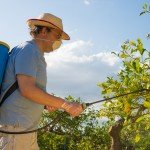 (NaturalHealth365) An epidemic has been growing around the world, one that is hardly acknowledged in the United States. It’s called chronic kidney disease of unknown etiology, or CKDu.

Countless people from South America to Asia have been affected – most of them losing their lives to this so-called “mysterious” disease.  In El Salvador alone, it is now a leading cause of death among men – more than other serious diseases like leukemia, AIDS, HIV and diabetes combined. So, what’s really going on here?

Little has been done in the U.S. to combat the sudden surge of this deadly disease – which has only appeared for the past couple of decades.  In fact, many American doctors still question whether it’s such a “big deal” or not.  But, for the many people who have lost their loved ones to CKDu – the disease is very real.

One man from Sri Lanka – Dr. Channa Jayasumana – worked with two colleagues to investigate the source of CKDu in his country. To start, the team recognized that CDKu is affiliated with kidney tubule damage, which is not normally found in patients with chronic kidney disease brought on by diet or conditions like hypertension.

They also assumed that because the disease first appeared in the mid-1990s, a toxic agent must have been introduced to the country sometime within the previous 30 years to have led to kidney damage. Finally, the substance had to be capable of protecting heavy metals in groundwater and transporting them safely through the liver and into the kidneys.

Their research led them to glyphosate, a herbicide that meets all of the criteria for the offending agent and is used widely throughout Sri Lanka. First developed to remove mineral build-up in boiler pipes, glyphosate was never intended to be used in farming.

It was only a matter of time before one company – Monsanto (which has been acquired by Bayer) – discovered glyphosate’s “benefits” as a weed killer.

Glyphosate has an ugly and destructive history

Monsanto was quick to patent glyphosate as an herbicide in the 1970s. For decades, the company owned exclusive rights to it and sold it as a product called Roundup, which is now the most popular herbicide around the globe.

Now, farmers can use extravagant amounts of this herbicide, destroying weeds without damaging the crops. Unfortunately, the farmers themselves seem to have suffered the repercussions of glyphosate toxicity, losing their lives to a disease that may have been prevented.

Farmers are paying the ultimate price for ignorance

Glyphosate is a substance that binds with metals in soils, such as arsenic. In the body, glyphosate is believed to protect metals from being metabolized by the liver, allowing them to become toxic within the kidneys.

While genetically modified seeds resist glyphosate, there is no protection for the farmers who become ill after exposure to this substance as it binds with heavy metals. Unfortunately, dialysis and organ transplants aren’t as accessible in parts of the world most affected by CKDu, meaning most farmers with the CKDu caused by glyphosate toxicity will lose their lives to it.

Editor’s note: If you’re looking for the science that proves – beyond a shadow of a doubt – how toxic glyphosate really is, look up the work of Dr. Stephanie Seneff, senior research scientist at MIT.

Click here for all her research – it’s truly amazing work.

When you study the subject – from an independent, scientific perspective – one can see that the evidence points to glyphosate as the culprit behind CKDu.  Instead of supporting Monsanto and the unnatural crops produced through this company, Americans should purchase organic, non-GMO foods.

Efforts have been made to encourage a recall of Roundup in the U.S., in the same way the product is now banned in countries like Sri Lanka and El Salvador, but we need to awaken more people to this issue before we see an end to this poisoning of our lands.

How to finally get rid of adult acne naturally

(NaturalHealth365) Adult acne is a long-term struggle for sufferers since puberty.  It END_OF_DOCUMENT_TOKEN_TO_BE_REPLACED

Red ALERT: The U.S. public drinking water supply is contaminated with “forever chemicals,” and it’s worse than you can imagine

(NaturalHealth365) What do Miami, Philadelphia, New Orleans and the northern New Jersey END_OF_DOCUMENT_TOKEN_TO_BE_REPLACED