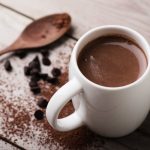 (NaturalHealth365) Stress might be a normal, unavoidable part of life – but that fact doesn’t lessen the harm it causes to our bodies.  Mental stress can send heart rate and blood pressure soaring – even in healthy adults – while producing temporary impairments in arterial function that persist after the stressful event is over.  (In fact, studies show that a single episode of stress can increase the risk of life-threatening cardiovascular events, such as heart attack and stroke!)

Now, new research reveals that a common treat can significantly reduce the risk of damage from stress.  A just-published British study shows that constituents in cocoa – yes, cocoa! – can help protect against stress-related cardiac events.  Let’s take a closer look at some of the remarkable protective benefits of cocoa.

Could this delicious treat have heart-protective effects?  New study results may surprise

Cocoa is rich in flavanols – specialized polyphenols (plant compounds) with health benefits.  Flavanols’ particular “superpowers” are their powerful antioxidative and anti-inflammatory effects, which can help scavenge destructive free radicals.  And, as it turns out, cocoa contains more flavanols, ounce for ounce, than any other food on the planet.

Peer-reviewed scientific research suggests that they can.

In a randomized, placebo-controlled study conducted at the University of Birmingham and published three weeks ago in Nutrients, researchers gave a group of healthy young men a high-flavanol cocoa beverage 90 minutes before asking them to complete an eight-minute mental stress task.  The team found that the cocoa drinks promoted better blood vessel function during mental stress – and could offer some protection against stress-related cardiac events such as heart attack and stroke.

Although the study involved healthy participants, it built upon earlier research showing that people at risk for heart disease have poorer vascular responses to acute stress.

Stressed out? Here is how cocoa can come to the rescue

But, how exactly did cocoa accomplish this?

Scientists maintain that flavanols in cocoa improve the function of the epithelium, the fragile membrane of cells lining the heart and blood vessels.  While mental stress can impair epithelial function, flavanols can help neutralize the harm.  Researchers believe that cocoa flavanols can play an important role in reducing the odds of an array of serious diseases – including peripheral vascular disease, stroke, thrombosis, heart disease, diabetes, kidney failure, tumor growth, and even severe viral infectious diseases.

(Quite an impressive résumé for an ordinary – but tasty – nutrient!)

Earlier studies had shown that cocoa products containing between 30 to 1218 mg of flavanols can produce modest decreases in blood pressure.  Researchers think this beneficial effect stems from the ability of flavanols to promote the production of beneficial blood pressure-lowering nitric oxide.

As if this weren’t impressive enough, flavanols can reduce levels of unhealthy LDL cholesterol in the blood.  They also have an anticoagulant, blood clot-discouraging effect similar to that of aspirin.  Antioxidant and anti-inflammatory properties round out cocoa’s list of gifts to the heart – and allow them to cut the risk of heart attack and stroke.

Scientists have known for some time that flavanols can also improve brain function and blood flow while supporting the production of brain cells.  In fact, studies performed over a decade ago revealed that high-flavanol cocoa supplementation for two weeks increased blood flow to the brain by up to 10 percent.  This ability may allow flavanols in cocoa to reduce the risk of neurodegenerative diseases such as Alzheimer’s disease and Parkinson’s disease.

In addition, cocoa-rich chocolate can lift mood, promote a feeling of well-being and even reduce symptoms of depression.  Scientists believe that this may be due to the conversion of tryptophan in cocoa to serotonin, a neurotransmitter necessary for a stable mood.  Chocolate also contains moderate amounts of caffeine, which can have mild energizing and mood-lifting effects.

Somewhat surprisingly, there is evidence that dark chocolate (but not white chocolate or milk chocolate) can help fight obesity by reducing appetite and creating a feeling of fullness.  While more study is needed, some research has shown that people who consumed chocolate more frequently had a lower BMI than people who seldom ate it.  Of course, moderation should prevail.  Despite its other health benefits, chocolate contains sugar and fat – and could contribute to weight gain and other health problems if eaten in excess.

Not all chocolate is created equal.  Here is what natural health experts recommend

For maximum health benefits, stick to dark chocolate that contains at least 70 percent cocoa.  Seek out unprocessed cocoa and chocolate, as manufacturers sometimes add alkali solutions to give the product a more “mellow” flavor.  Unfortunately, these alkali compounds have the effect of decreasing flavanol content by as much as 60 percent.

You can use cocoa powder in smoothies, sprinkle it over oatmeal or fruit, or make hot cocoa by mixing it with non-dairy milk, such as almond milk, coconut milk, oat milk, or rice milk.

Tip: if you don’t care for the taste of cocoa or chocolate, you can obtain flavanols from a wide variety of healthy foods.  Apples, black grapes, blackberries, cherries, raspberries, and green tea are all good sources.

When you nibble at a chocolate bar or sip a cup of steaming hot cocoa, you are not only uplifting your taste buds and your mood – but supporting the health of your body and your mind.  It’s truly a win/win.

(NaturalHealth365)  Organic produce sales are booming around the world.  Of course, by END_OF_DOCUMENT_TOKEN_TO_BE_REPLACED

(NaturalHealth365)  How many vibrant green superfoods do you consume daily?  If it’s END_OF_DOCUMENT_TOKEN_TO_BE_REPLACED

(NaturalHealth365)  For many people, eating cranberries is a sort of “one-off.”  A END_OF_DOCUMENT_TOKEN_TO_BE_REPLACED