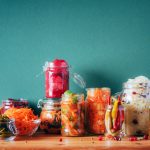 (NaturalHealth365) It might be a little disturbing to learn that trillions of bacteria live inside us – to the extent that they comprise an astounding 90 percent of our bodies (compared to a mere 10 percent human cells).  But the fact is: this massive microbial community, also known as the microbiome, is indispensable to the immune system – and can even affect cognition and mood.  Now, new research from Swiss and Italian scientists has revealed the relationship between the microbiome and Alzheimer’s disease.

The incidence of Alzheimer’s disease – a chronic neurodegenerative condition that impairs memory, thinking, and learning – is soaring.  The Centers for Disease Control and Prevention reports that the condition affects 5.7 million Americans, with some experts estimating that cases will reach 16 million by 2050.

To conduct the study – which was published in Journal of Alzheimer’s Disease – researchers from the University of Geneva and University Hospitals of Geneva teamed up with scientists at the National Research and Care Center for Alzheimer’s and Psychiatric Diseases Fatebenefratelli in Brescia, University of Naples.

The study involved 89 older adults – some of whom had Alzheimer’s disease and memory impairment and others with normal memory function.  Researchers used PET technology to measure the volume of amyloid plaque – abnormally configured proteins that can set the stage for Alzheimer’s disease – in the participants’ brains, then evaluated blood levels of various proteins produced as byproducts from gut bacteria.

Research has already shown that Alzheimer’s patients have less diverse gut bacteria, with some microbes “over-represented” and others appearing in reduced numbers.  In this study, the scientists were interested in learning more about the connections between a disturbed microbiome, gut bacteria by-products, and Alzheimer’s disease.

The researchers had hoped to discover if inflammatory mediators produced by the gut bacteria (metabolites) could influence the development of amyloid plaques – and they got their answer.

Intriguingly, other SCFAs had anti-inflammatory and beneficial effects.  In fact, high blood levels of one SCFA (butyrate) were linked to fewer amyloid plaques – not more!

The researchers noted that more study is needed to explore the specific effects of byproducts produced by different strains of bacteria.

The research paves the way for early detection of Alzheimer’s disease and potentially leads to preventive pre-and probiotic strategies – such as “bacterial cocktails” – to alter the gut microbiome in at-risk individuals.  (By the way, probiotics are beneficial bacteria that exist in some foods.  They are also available as a supplement.  Prebiotics, on the other hand, provide direct nourishment for probiotics in the intestinal tract).

Probiotic interventions have already shown promise in preventing and treating Alzheimer’s disease.  Many scientists believe that their therapeutic effects are due to probiotics’ anti-inflammatory and antioxidant properties, their ability to improve cognition and metabolic activity, and their capacity for producing essential metabolites.

In a 2020 review published in Bioengineering and Biotechnology, the authors concluded that a “probiotic-induced balanced microbiome” has shown the ability to improve Alzheimer’s disease symptoms through various mechanisms.  The authors noted that a dysfunctional microbiome, on the other hand, impairs the gut epithelial barrier, causing inflammation in the brain and speeding the progression of Alzheimer’s disease.  (It looks like scientists are finally acknowledging the role played by “leaky gut” in neurodegenerative diseases – something natural health experts have maintained all along!)

Hopefully, the latest research on the microbiome and Alzheimer’s disease will trigger advances in early detection.  Giovanni Frisoni, a neurologist and professor at the Department of Rehabilitation and Geriatrics at the University Hospitals of Geneva, stressed the importance of early diagnosis and added that individuals should be treated before symptoms appear.

You can increase your dietary intake of beneficial probiotics with foods such as fresh sauerkraut, yogurt with active cultures, pickled cabbage, and miso soup.  Prebiotic foods include oats, bananas, berries, garlic, leeks, and onions.

Some natural health experts advise probiotic supplementation, with typical amounts ranging from 10 to 20 billion colony-forming units (CFUs) per day.  However, check first with your own integrative doctor before supplementing.

Good to know: probiotic strains such as Bifidobacterium breve A1, B. longum, B. bifidum, and Lactobacillus acidophilus are considered particularly helpful in promoting the health of the gut microbiome.

The latest research joins a steadily growing body of evidence highlighting the importance of a healthy microbiome in preventing Alzheimer’s disease.  While more study is still needed, it seems likely that probiotics and prebiotics will play an important role in preventing and treating this debilitating deadly condition.

(NaturalHealth365)  Diabetes is a struggle for millions of Americans, whether they are END_OF_DOCUMENT_TOKEN_TO_BE_REPLACED

Ease symptoms of eczema by eliminating THESE foods

(NaturalHealth365)  If you suffer from eczema, you know how frustrating it can END_OF_DOCUMENT_TOKEN_TO_BE_REPLACED

(NaturalHealth365) Generally speaking, we hope that health studies and research will help us END_OF_DOCUMENT_TOKEN_TO_BE_REPLACED