How bad is your drinking water? New study reveals the ugly truth within 50 states 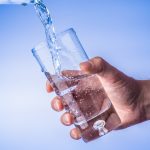 (NaturalHealth365) The Clean Water Act passed in 1972, promising access to safe drinking water for all Americans.  Today, almost 50 years later, millions of people continue to face serious water quality problems because of contaminants, old and deteriorating infrastructure, and poor treatment at water plants.  Can you hear it?  That tap, tap, tap isn’t just the sound of a broken water faucet; it’s the sound of America’s broken water system, and like Edgar Allan Poe’s Tell-Tale Heart, a guilty reminder that the government’s Clean Water Act was just that, an act.

So, just how bad is America’s water crisis?  According to the Environmental Working Group (EWG), test results on 50,000 water utilities in 50 states found 267 different contaminants out of the 500 they tested for.  In addition, a separate, nine-month investigation conducted by the Guardian and Consumer Reports found alarming levels of lead, arsenic, and forever chemicals in the water samples taken across America.

Most homeowners don’t consider the purity of their tap water until it’s too late and there’s a toxic smell, a foul discoloration, someone in the family has an unexplained illness, or as was the case in Flint, Michigan, a full-blown public health disaster is declared.  But the roll call of grim statistics concerning the state of the nation’s drinking water is something we all should consider.

For example: According to researchers at the Stanford Woods Institute for the Environment, 19.5 million Americans become sick from contaminated water every year.

The investigation conducted by the Guardian and Consumer Reports found that more than 35% of the water samples had PFAS (forever chemicals), while 8% of the samples had arsenic levels above the recommended maximum.

Approximately 6 billion gallons of water are lost due to aging, leaky pipes in the U.S. every day, which is enough to meet the needs of 15 million households.

Overdue water bills are a problem for millions of Americans.  Water bills are going up, too.  Martin Doyle, chair of the Water Resources Management Program and Duke University, says, “the rate of water bill increase is faster than almost anything in the economy, including tuitional at private universities.”

Using a water filter or filtration system is one way to limit exposure to drinking water’s dangerous contaminants.  Remember: the type of filter that works best depends on whether you’re on municipal or well water.

But, the question remains: should fixing a nation’s water problem really be up to the individual consumer?  For the moment, to protect your health, the short-term answer is yes.  But, a locally installed water purification at home will not fix the overall public health crisis within our water supply.

In the “ideal” world, public health officials would considered access to fresh, clean water a basic human right.  But, in reality, we know that government agencies (in too many cases) do not operate in the best interest of public health.

Aging infrastructure, lack of infrastructure, better water treatment centers, cost of service, maintenance, higher standards and regulations concerning lead, arsenic, and forever chemicals – after years of neglect, are all issues that need to be addressed.

May I remind you … the government promised clean water in 1972!  Now it’s time to finally act on that promise.

(NaturalHealth365)  The typical Western diet is loaded with sugar, and this is END_OF_DOCUMENT_TOKEN_TO_BE_REPLACED

(NaturalHealth365)  Exercise your critical thinking skills, take yourself back to your pre-pandemic END_OF_DOCUMENT_TOKEN_TO_BE_REPLACED