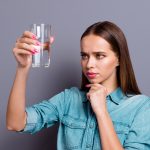 On July 28, 2010, the United Nations declared this issue to be a human right under International Law. Today, more than ten years later, 30 million people in the U.S. live in areas where they lack access to safe drinking water, two million people are denied access to running water and basic indoor plumbing, and over 110 million are exposed to toxic chemicals in their drinking water.

“Like a blood test for a disease, you only find what you test for”

Erin Brockovich, the activist and clean water pioneer, makes this statement in her book Superman’s Not Coming: Our National Water Crisis and What We the People Can Do about It.

Pollutants and toxins are everywhere, from the biological to the chemical, from the hazardous wastes and byproducts of industry and agriculture to chlorine and disinfectants. There are over 40,000 chemicals on the market, and only a few hundred are regulated.

With so many dangerous chemicals, how do we know what to test for?  The fact is: every city delivery system is different.  For example, in Flint, Michigan, the national headline was about high lead levels. The same held true for Newark, New Jersey.

In 2014, algal blooms and runoff from farms in the Lake Erie watershed shut down the Toledo, Ohio drinking water system.

Other common toxic offenders include TCE (used in dry cleaning and refrigeration), hexavalent chromium (an anticorrosive agent), and PFASs (otherwise known as “forever chemicals”), which have become the latest headline grabber in the U.S. The CDC lists PFAS as potential carcinogens and endocrine disrupters.

“A cocktail of chemicals all the time”

The water crisis in Flint, Michigan wasn’t a one-off event.  According to Seth M. Siegel, “We are ingesting, in micro quantities, a cocktail of chemicals all the time.” A 2018 study found that 21 million people in the U.S. were receiving water from utilities that violated the Safe Drinking Water Act.  Many of these people live in rural, low-income areas.

The health hazards of contaminated water are as numerous as the toxins polluting the systems.

Chronic exposure to toxic byproducts have been linked to liver, kidney, and nervous systems problems, as well as increased risks of cancer. Outbreaks of E. coli, norovirus, giardia, and cryptosporidium have all contaminated water supplies. And Legionnaires’ disease, a type of pneumonia, and other pathogens, are known to grow in aging pipes and infrastructure.

It’s going to take more than an Brita filter to fix America’s troubled waters. It’s a public health crisis that We the People need to solve … by pushing for change, new legislation, and by bridging the gap between clean resources and human rights.

(NaturalHealth365)  The Wall Street Journal (WSJ), an organization that reports the news, END_OF_DOCUMENT_TOKEN_TO_BE_REPLACED