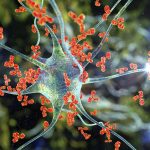 (NaturalHealth365) As COVID-19 vaccine trials continue speeding along, a major pharmaceutical company leading the way is facing heat yet again for subjecting volunteers to these fast-tracked vaccines.

Internal papers from AstraZeneca reveal another victim who has developed a rare and serious condition affecting the nervous system after getting treated with the investigational drug.  Of course, AstraZeneca representatives say it’s, “unlikely to be associated with the vaccine.”

But, this news certainly has many people wondering: how long will these trials continue to be allowed to go on?

Is there an echo in here? Earlier this month, we reported that AstraZeneca paused its UK COVID-19 vaccine trial because a volunteer experienced serious neurological symptoms consistent with a rare inflammatory disease called transverse myelitis. Officials admitted the victim had been injected with the investigational vaccine and not a placebo.

Later, an AstraZeneca spokeswoman said the female participant also happened to have undiagnosed multiple sclerosis, which she claimed had nothing to do with the drug. The phase 3 vaccine trial subsequently resumed.

Now, reports reveal a SECOND female participant has come down with transverse myelitis. She developed symptoms after getting a follow-up dose of the vaccine.

Two cases of a rare and serious neurological condition occurring in the same drug trial – and yet we’re supposed to believe what AstraZeneca says, that the illnesses were ‘unlikely to be related’ to the vaccine.

Meanwhile, at the CDC: “current best estimate” suggests that death rate of COVID-19 is LESS than the flu!

Tell us again why we have to furiously develop a new vaccine and vaccinate the majority of the population before we can get back to “normal” – despite the fact that Dr. Anthony Fauci and the U.S. Centers for Disease Control and Prevention (CDC) keep hinting that the novel coronavirus isn’t as deadly as the media firestorm wants people to think it is?

Updated on September 10, the CDC presents on their website five of their “COVID-19 Pandemic Planning Scenarios.” The CDC claims these aren’t predictions but rather simply to “advance public health preparedness and planning.” Yet they label the fifth of their scenarios as their “Current Best Estimate” for how COVID-19 is impacting the country.

Here’s what the CDC says is the current BEST estimate about the infection fatality rate (IFR) of COVID-19:

Those aren’t typos, by the way:

Just read a section from a paper published in March of this year in the New England Journal of Medicine, co-authored by Dr. Anthony Fauci himself:

“If one assumes that the number of asymptomatic or minimally symptomatic cases [of COVID-19] is several times as high as the number of reported cases, the case fatality rate may be considerably less than 1%. This suggests that the overall clinical consequences of Covid-19 may ultimately be more akin to those of a severe seasonal influenza (which has a case fatality rate of approximately 0.1%) or a pandemic influenza (similar to those in 1957 and 1968) rather than a disease similar to SARS or MERS, which have had case fatality rates of 9 to 10% and 36%, respectively.”

As other sources have pointed out, Dr. Fauci and colleagues misspoke here: they should have used the terminology “infection fatality rate” rather than case fatality rate. Regardless, the implications are shocking.

And sure, lots has changed since March 2020, but even so, the U.S. government’s “current best estimate” is still directly in line with Fauci’s hypothesis … yet here we are: many places still on lockdown and our country being told that only a hastily developed vaccine (for a virus which may be less deadly than the seasonal flu) can save us.

The question remains: do our current circumstances justify the kind of response being put forth by so-called “health experts?”  Or, is there another agenda being played out on the general public?

(NaturalHealth365)  If you avoided the jab – or at this point, the END_OF_DOCUMENT_TOKEN_TO_BE_REPLACED

(NaturalHealth365)  Has the world moved one step closer to the “Great Reset?” END_OF_DOCUMENT_TOKEN_TO_BE_REPLACED