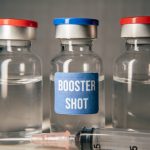 (NaturalHealth365)  Big Pharma and the government have made it clear to the American people: get used to the idea of getting jabbed multiple times a year.  With the help of the propaganda machine – Big Tech and Big Media – the industry has been shaping the narrative for quite a few months now.  Back in April 2021, Pfizer CEO Albert Bourla said that the probability of people needing a third booster shot of the COVID jab was high.  According to Mr. Bourla’s prediction, “there will be an annual revaccination” as well.

One must wonder if the Pfizer CEO has a magic ball and can see into the future or simply thinks like a businessman.  Because from a business perspective, it makes perfect sense to push the boosters – the COVID jabs have already made billions for the Pharma giant.  But what about from a public health perspective?

Is there any proof that the booster shot is necessary or justified?  The FDA – at least for now – is not convinced that there is.

On Friday, September 17th, an advisory committee to the US Food and Drug Administration (FDA) recommended against the widespread use of the third dose of Pfizer’s COVID-19 injection.  The panel unanimously recommended the booster to only a narrow segment of the population – 65 years and over and those at high risk of morbidity or mortality due to COVID.

It took seven hours of deliberation for the committee members to vote 16 to 2 against the proposal to authorize the emergency use of Pfizer’s booster shot for everyone 16 years and older.

Although we are told to just “trust the science,” not worry about the content of the injections or ask questions about the risks and benefits of the experimental COVID shots, more and more people are beginning to think twice about rolling up their sleeves.

According to an Oxford risk calculator – as Dr. Joseph B. Fraiman pointed out during the FDA hearing – a 30-year old healthy female has about 1 in 7,000 chances of catching COVID and becoming hospitalized over 90 days.  The risk of COVID-related death is even lower, 1 in 250,000 or 0.0004%.

So let’s put things into perspective.  Most people agree that the odds of getting struck by lightning are very low.  And they are correct!  Your chances of getting hit by lightning are, in fact, 1 in 500,000.  Contrast that with your lifetime odds of dying from heart disease, which is 1 in 4, or perishing in a car accident, 1 in 107.

When we objectively look at the numbers, we can easily see that the threat of deaths from COVID for healthy individuals is exaggerated.  Why take endless injections then?

Members of the Vaccines and Related Biological Products Advisory Committee raised serious concerns about the safety of administering a third shot, specifically in younger people and teens.  They also pointed out the lack of scientific evidence to prove the safety and long-term efficacy of the experimental boosters.

But don’t take our word for it.  Watch this video to get the information first had from the FDA hearing.

The truth is, insufficient evidence exists to justify these jabs.  There is no study to show the risk of harm from the injections being lower than the risk of getting hospitalized with COVID; in fact, the evidence is to the contrary.  The studies conducted to bring these products to market were not big enough to identify that myocarditis would happen, yet it is now undeniable that the risk of heart inflammation exists.

Additionally, a brand new observational study suggests the risk of jab-induced myocarditis in children aged 12 to 17 is higher than their risk of hospitalization from COVID.

Steve Kirsch, Executive Director of the COVID-19 Early Treatment Fund, also participated in the open public hearing session and boldly stated the jabs “killed more people than they saved.”  Mr. Kirsch exposed some shocking facts about the Pfizer study used to pursue the emergency use authorization (EUA) for its booster that public health authorities hide from plain sight.

For instance, most people are unaware that in the Pfizer six-month trial report, four times as many heart attacks occurred in the treatment group than in the placebo group.  Furthermore, post-COVID jab heart attacks happened seventy-one times more than after any other inoculation.  Note also that Pfizer violated its own trial protocol by including five times as many participants in its treatment arm than in its placebo arm.

Mr. Kirsch proceeded by pointing out that early treatment protocols are not only safer but far more effective than boosters.  He highlighted eleven benefits attributed to such protocols that everyone should know. Be sure to watch the video above.

The question that everyone should ask:  Why are they trying to silence the truth?

Do your own research and connect the dots.  Question everything, it’s good for you.

(NaturalHealth365)  As Big Pharma rolls out one COVID booster after another, a END_OF_DOCUMENT_TOKEN_TO_BE_REPLACED