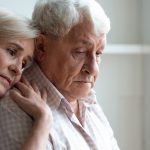 (NaturalHealth365) Dementia, which can feature memory loss, confusion, cognitive impairments, paranoia, delusions, and hallucinations, affects at least 5 million adults in the United States.  Sadly, the overall number of people afflicted with this debilitating condition is expected to triple over the next 30 years.

Alzheimer’s disease – which comprises 50 to 70 percent of dementia cases – is the main type of dementia, followed by vascular dementia caused by damage to the blood vessels that supply blood to the brain.  While certain genes (such as apolipoprotein E 4 ) can predispose people to dementia, lifestyle factors also play a major role.  In fact, a brand-new British study shows that eating processed meat is linked with an increased risk of dementia.

WARNING: A single daily serving of bacon is associated with increased dementia risk

The study, which was published March 22 in the prestigious American Journal of Clinical Nutrition, involved close to 500,000 participants aged 40 to 69.  Conducted by the University of Leeds Nutritional Epidemiology Group, the research involved repeated 24-hour dietary assessments.  Researchers found that each 25-gram serving a day of processed meat (such as bacon, ham, sausage, and other smoked, cured, canned, and dried meats) caused the risk of all-cause dementia to soar by a stunning 44 percent.  The risk of Alzheimer’s disease rose even more emphatically, by 52 percent.

By the way, researchers described the 25-gram serving as a “rasher” of bacon – about three slices.  While the apolipoprotein E 4 gene is believed to raise the risk of dementia three- to six-fold, the team found that the risks from eating processed meats were the same whether a person had the genetic predisposition.  In other words, being free of the gene didn’t prevent the increased hazard caused by bacon.

There was one bright spot regarding meat, however.  Intriguingly, a 50-gram per day increase of unprocessed red meat (which included pork and veal) reduced the risk of all-cause dementia by 19 percent and decreased Alzheimer’s risk by 30 percent.

Incidentally, a total of 2,896 participants developed dementia during the eight-year study and follow-up period.  This large-scale study was the first of its kind to examine a link between a specific meat amount and risk of dementia.

And – no matter how delicious that barbecue smells – it turns out that grilling and charring meats can create cancer-causing compounds known as polycyclic aromatic hydrocarbons.

Unsurprisingly, observational studies have shown that people who are not health-conscious tend to eat more processed meat.  Other factors linked to higher consumption of processed meat include being male, having a lower level of education, being a smoker, being overweight or obese, having lower intakes of vegetables and fruits, and ingesting higher amounts of calories, protein, and fat.

There is encouraging news, however.  Even though the sheer number of people with dementia is rising, the prevalence appears to be dropping as people achieve better control of cardiovascular risk factors through education and lifestyle choices.

Controlling hypertension, high blood sugar, and high cholesterol are of paramount importance in preventing dementia, as is quitting smoking.  Maintaining a healthy weight and getting sufficient exercise are also important pieces of the puzzle.

And natural nutrients can help.

Research has shown that extracts from sage, botanically known as Salvia officinalis, can combat dementia by helping to boost levels of acetylcholine, a brain neurotransmitter essential for memory and learning.  In a controlled study published in Psychopharmacology, researchers found that the extract caused a 60 percent increase in short-term memory performance in people over 64.

Both the DASH (Dietary Approach to Stop Hypertension) and the Mediterranean diets are generally acknowledged as two of the most heart-healthy diets on the planet.  For maximum benefit, some natural health experts advise combining these two healthy eating methods into a single diet.

The result, known as MIND (the Mediterranean-DASH Intervention for Neurodegenerative Delay), is high in fresh fruits, vegetables, proteins, healthy fats, and whole grains – while free of processed meats, saturated fats, and refined sugars.

The MIND diet calls for three servings of whole grains a day, green leafy vegetables at least six times a week, vegetables at least daily, and twice-weekly berries.  Strive to eat fish at least weekly, poultry twice a week, and beans more than three times a week – with at least five days a week of eating a small amount of nuts.  Generous amounts of olive oil used for cooking round out the recommendations, while margarine, baked goods, and refined sugars should be eliminated or sharply reduced.  (In light of the latest research, it’s probably a good idea to bypass processed meats as well and opt for small amounts of 100% grass-fed, organic meats.)

By the way, it’s not necessary to follow the diet perfectly.  Adhering to the general principles can still go a long way towards supporting cardiovascular health and delaying dementia.

And, it’s hard to argue with the results.  The MIND diet not only slows cognitive decline and improves verbal memory – but has been shown to reduce the risk of developing Alzheimer’s disease by a whopping 53 percent.

With its sizzle and smoky flavor, bacon may be hard to resist.  But, as the new study shows, it may exact too substantial of a toll on precious mental clarity as we age.

(NaturalHealth365)  Chicken is the average person’s meat of choice, yet most people END_OF_DOCUMENT_TOKEN_TO_BE_REPLACED

(NaturalHealth365)  Do you remember those commercials from the 90s that asked, “Where’s END_OF_DOCUMENT_TOKEN_TO_BE_REPLACED

Protect your brain and heart: Why you should be eating MORE anthocyanins

(NaturalHealth365)  According to recent estimates, over 5.8 million Americans are currently living END_OF_DOCUMENT_TOKEN_TO_BE_REPLACED