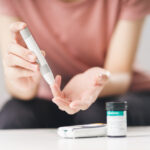 (NaturalHealth365)  Type 2 diabetes is a chronic disease that afflicts more than 37 million people in the US alone.  Many people with diabetes have to rely on medications to keep their blood sugar under control.

Unfortunately, these medications often carry risks of their own.  A recent study from the University of Arizona Health Sciences shows that certain diabetes medications may be linked to a higher risk of multiple sclerosis (MS).

Scientists discover a startling link between anti-hyperglycemic medications and MS

Type 2 diabetes is an endocrine disorder that typically develops later in life, although it can come on at any time.  The condition occurs when your body doesn’t respond to insulin as it should.  Insulin is an essential hormone produced by the pancreas that enables your cells to use glucose (sugar) for energy.  When the body becomes resistant to insulin, the pancreas must make more insulin.  But eventually, it can’t keep up.

This can lead to elevated blood sugar levels and, ultimately, type 2 diabetes.  So, to keep blood sugar in check, diabetic people often need to take anti-hyperglycemic medication.  This includes insulin injections and some other medications.  However, the new study suggests that anti-hyperglycemic drugs may put people over age 45 at greater risk of developing multiple sclerosis, especially women.

MS risk is not the same for everyone

For the study, researchers evaluated a database of over 151 million people.  They then looked closely at 5 million of these patients who had a type 2 diabetes diagnosis as well as MS.  The data revealed that anti-hyperglycemic use in people over age 45 increased the risk of MS onset.  In addition, this risk was significantly higher in women compared to men.

Additionally, insulin exposure was linked to the highest increase in MS risk when compared to other anti-hyperglycemic therapies.  Interestingly, multiple sclerosis risk was actually lower in people younger than 45 who used anti-hyperglycemic medications.  Still, the association between insulin, anti-hyperglycemic drugs, and MS risk is striking.

Not only that, but diabetes often starts after age 45 for most people – the time when they’re most vulnerable to the increased risk of MS.

Can you prevent type 2 diabetes?

Anti-hyperglycemic drugs, such as insulin injections, are often viewed as “vital” by conventionally-trained physicians for the health and survival of those with diabetes.  Yet, it’s clear that these drugs can also come with unwanted side effects and risks.  Fortunately, diet and lifestyle changes can clearly help prevent diabetes.  In addition, exercise such as strength training or aerobic activities like walking can be a great way to lower your risk of diabetes and other chronic diseases.

It’s also a good idea to avoid processed foods, sugar and artificial sweeteners.  Over time, diets high in junk food can cause many health problems, including diabetes.  Staying active and eating a nutrient-rich, plant-based diet is the best way to go.

(NaturalHealth365)  The Wall Street Journal (WSJ), an organization that reports the news, END_OF_DOCUMENT_TOKEN_TO_BE_REPLACED