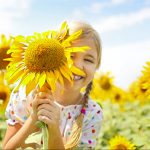 Though parents have certainly been warned about subjecting their little ones to too much sun, the truth is the sun has its benefits.  Not to mention that slathering on commercial sunscreens with potentially harmful chemicals poses a danger, now there is even more reason to let kids, tweens, teens, and adults enjoy the sun without excessive worry.

MS, short for multiple sclerosis, might be less likely to develop in individuals subjected to sunlight in considerable amounts at a relatively young age.  The study referenced above indicates an association between heightened exposure to ultraviolet light and a reduction in the chances of developing MS.  However, it must also be noted that significant exposure to sunlight without protection has the potential to heighten the chances of skin cancer.

The study pertained to slightly more than 330 individuals between the ages of 3 and 22.  The study participants had MS for an average period of seven months.  As revealed in the web-based issue of Neurology, the result of the study was officially made available to the public in December of 2021.

Sun exposure is more important than most think

The key takeaway from the study is that the sun has meaningful benefits.  Exposure to sunlight enhances vitamin levels, stimulates the skin’s immune cells that help protect against MS, and possibly even alters the functionality of immune cells to help guard against autoimmune diseases and maintain optimum health.

It is interesting to note that some MS patients show symptoms during their childhood though the disease usually doesn’t fully manifest until the adult years of 20 to 50.

Here is why geography is important in the context of MS

The researchers also pointed out that those involved in the study who live in Florida were more than 20% less likely to develop MS than those living in New York state. The reduced chance of developing MS is likely the result of the heightened sunlight intensity in Florida. The study also revealed that exposure to the sun provides benefits dependent on the dose.

In other words, the more time that one spends exposed to the sun, the lower the risk is for MS and other autoimmune disorders.  It is also interesting to note that the study reveals exposure to the sun’s rays in the initial year of life also played an important role in protecting against the development of MS.

(NaturalHealth365)  Horsetail – a tall, shaggy weed that grows in wetlands and END_OF_DOCUMENT_TOKEN_TO_BE_REPLACED