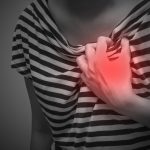 (NaturalHealth365)  In today’s latest installment of “You’ve Got to Be Kidding Me” (alternate title: “Gaslighting 101”), new reports indicate that doctors are witnessing an alarming increase in sudden adult death syndrome (SADS).

While there’s no firmly established link (yet) between SADS and COVID-19 or SADS and COVID shots, the correlation between the pandemic and this frightening uptick in sudden unexplained fatalities among young adults seems too concerning to ignore or write off as coincidence or confirmation bias, at least not without due investigation from public health officials.

SADS is generally described as death due to a sudden and unexpected cardiac arrest among young people.  A 2013 review article published in Frontiers in Physiology defines it as “sudden death under the age of 40 in the absence of structural heart disease.”  A SADS “diagnosis” may be made if a young adult dies “without a known cause after an autopsy and toxicology screen,” adds HealthDesk.org.  Family history, genetics, and underlying health conditions like obesity and diabetes have been historically linked to this tragic condition.

However, official data from the United Kingdom suggests that when it comes to this rise in SADS, the mRNA COVID shots might also play a role.

We already know that these shots can harm a person’s heart – thanks to the global vax agenda, “myocarditis” and “heart inflammation” have become household terms.  But, after comprehensively analyzing official UK data from the Office for National Statistics (ONS), The Daily Exposé has yet again provided some eye-opening insights into a health crisis that seems to be hidden in plain sight (or at least banished from mainstream media).

Among the Exposé’s findings (which are routinely fact-checked and labeled false or misleading by MSM), we see that vaxxed young adults in the UK “have a 92% higher mortality rate (per 100,000) than [unvaxxed] young adults.”

Other concerning findings that point to COVID shot complications possibly leading to SADS include these two additional conclusions from the data:

Overall, there are still many unknowns when it comes to answering the question, “What is SADS?”  But until and unless we know whether and how much COVID shots and/or COVID-19 infections are involved in these tragic losses of life, here are three potential warning signs that The Canadian SADS Foundation says warrant an “immediate cardiac evaluation:”

(NaturalHealth365)  First, it was menstrual problems, and now, it’s current and future END_OF_DOCUMENT_TOKEN_TO_BE_REPLACED