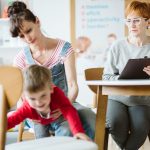 (NaturalHealth365)  A recent study shows that attention-deficit/hyperactivity disorder (ADHD) medications prescribed to youngsters who find it difficult to concentrate do not actually improve academic performance.  The study reveals that medication alone is not enough for children with ADHD to overcome their inability to concentrate and remember things.

Doctors prescribe medications to millions of children with ADHD … but do these meds help them do better at school?

The study in question determined whether ADHD medication helped kids achieve better grades.  The study results show kids who took ADHD medication completed more schoolwork and demonstrated improved behavior in class.  Yet, they did not perform better on tests, meaning their grades did not climb as expected.  As a result, some are questioning the supposed merits of ADHD medications.

The peer-reviewed study published in the Journal of Consulting and Clinical Psychology shows ADHD medication has no meaningful effect on kids’ ability to learn in class when saddled by ADHD.  Compared to those who do not have ADHD, kids with the learning impediment tend to be more disruptive, be off-task at a higher frequency, score lower on exams and even struggle to progress to a steady career in which they remain employed the vast majority of their adult life.

The study, financed by the National Institution of Mental Health, analyzed 173 kids between the ages of 7 and 12.  Each of the kids participated in the 8-week summer camp called the Summer Treatment Program, in which they were provided with instruction in several academic subjects by certified instructors.  The kids were given ADHD medication in the initial half of the program and a placebo in the second half.

Testing was conducted at the beginning of the academic instruction blocks, stretching across three weeks.  The same test was then taken at the program’s end to determine how much information was retained.  To the surprise of many, kids retained the same amount of information taught by the teachers regardless of whether they consumed a placebo or the ADHD medication.

Several previous studies revealed medication makes it easier for kids to behave better and focus in school.  The theory is that if stimulants make it easier for kids to focus on studying and behaving in class, it will also enhance their learning ability.  As anticipated, the ADHD medication used in the study helped kids complete more academic work and also behave better.  However, the fact that ADHD medication did not make it easier to perform better on tests is cause for concern as most parents assume the use of ADHD medication will automatically enhance their youngster’s academic performance.

The question begs: is behavioral intervention at an early age a more strategic and effective approach than prescribing ADHD medication?  Fast forward half a decade into the future, and you just might find it is commonplace for kids, tweens, and teens with ADHD to receive timely behavioral intervention rather than a script for medication that might improve temperament and focus yet not result in a better outcome in the context of academic transcripts.