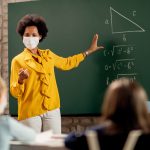 (NaturalHealth365) One of the many important discussions this pandemic has inspired is the concept of medical freedom and privacy.  Should a person’s private health information be compulsorily disclosed simply for the “safety” of the “greater good”?  Many say yes — if only to argue that a person should have to prove they’ve received the COVID shot (or pop a negative COVID test) in order to travel, enter restaurants, and so on.  But one Miami school is turning this discussion on its head — in a huge way.

Late April news out of Florida indicates that the private school is asking staff members NOT to receive the jab for now due to alarming and increasing reports that unvaxxed people are experiencing health problems after being around vaxxed individuals.

Many countries, including Canada and France, have wasted no time requiring “passes” or certificates that prove a person has received a COVID shot or tested negative for the novel coronavirus in order to be able to cross the border.  Quite the opposite is happening at Centner Academy, located in Miami, FL.

In a letter to faculty and parents, the school’s co-founder Leila Centner referenced growing reports of “non-vaccinated people being negatively impacted by interacting with people who have been vaccinated.”  Possible concerns so far include reproductive harm — and indeed, a growing amount of anecdotal reports suggest that vaxx-free women are experiencing unusual menstruation and miscarriages after spending time around people who got jabbed.

Given the uncertainty over the nature of these reports and the desire to protect their students, Centner and her staff decided to err on the side of caution and request that all staff members:

While this “was not an easy decision to make,” according to Centner, she notes that on the counsel of their advisors, the school “cannot allow recently vaccinated people to be near our students until more is known,” adding that it is not known yet whether people who received the jab “may be transmitting something from their bodies” to unsuspecting people around them.

Disregarding the common sense adage that “absence of evidence does not mean evidence of absence,” the U.S. Centers for Disease Control and Prevention (CDC), as well as mainstream media and MD influencers, continue to insist that the COVID shot is “safe and effective” and that there is “no evidence” that COVID shots are harmful — either to jab recipients or unvaxxed individuals.

Lest it is forgotten, experimental drugs with active clinical trials are ongoing (and not finished).

To add some important context to the discussion, consider a new study from the well-respected Salk Institute.

Recently published in the peer-reviewed journal Circulation Research, the study concludes that the virus’s spike proteins — and not just the virus itself — can cause damage to cells and lead to vascular damage.  You also might remember that spike proteins are exactly what the mRNA COVID shots from Pfizer and Moderna trigger the human body to produce after a person gets injected with the “solution.”

In a media release, the Salk researchers are quick to cover their bases by claiming that viral spike proteins “behave very differently than those safely encoded by vaccines.” In their study abstract, they even state that “vaccination-generated antibody and/or exogenous antibody against [spike] protein not only protects the host from SARS-CoV-2 infectivity but also inhibits S protein-imposed endothelial injury.”

However, the researchers also admit to serious limitations in their study, including the use of a “noninfectious pseudovirus” rather than the actual SARS-CoV-2.

The question remains: Do they truly have enough high-quality scientific evidence to state confidently that, on the one hand, spike proteins from SARS-CoV-2 are directly harmful to human health, yet on the other hand, are perfectly “safe” when made by the body in response to injected mRNA technology?

So much more needs to be known.  Stay tuned as we continue to monitor this issue, very closely.

(NaturalHealth365)  The telecommunications industry has rolled out 5G connectivity quite inconspicuously.  The END_OF_DOCUMENT_TOKEN_TO_BE_REPLACED