Here are the most effective natural remedies for an enlarged prostate 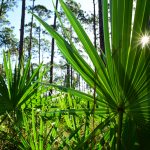 (NaturalHealth365) Benign prostatic hyperplasia (BPH), a noncancerous enlargement of the prostate gland, is so common to be almost an official rite of passage for men moving into their ‘golden years.’  By age 55, roughly a quarter of all men are affected.  After that, the odds begin to soar; of men who make it to age 80, ninety percent show signs of this condition.

BPH symptoms include difficulty urinating, diminished urine stream, frequent urination at night, and an uncomfortable feeling of fullness in the bladder even after urination has occurred; the condition can also cause bladder stones.  Although mild symptoms may not require treatment, be sure to visit your doctor to rule out serious diseases such as prostate cancer.

Is surgery the only option?

If symptoms are severe, a doctor may recommend surgery to remove part of the prostate gland.  Conventional medical doctors may also advise prescription drugs, including tamsulosin – sold under the brand name Flomax – and finasteride, or Proscar.  These drugs come with a constellation of side effects that may include decreased sex drive, painful erections, impotence, severe dizziness, and fainting.

Are there any natural solutions for an enlarged prostate?

Many men report relief with natural herbal remedies that cause virtually no side effects; a substantial amount of research supports the efficacy of these treatments.  In fact, natural remedies such as saw palmetto are so well accepted in Europe that it is the use of prescription drugs that is considered an “alternative” method – a complete reversal of the situation in the United States.

Although they may not work for everyone, these beneficial herbs are certainly worth a try.  Of course, you should first discuss their use with a trusted doctor, who can help you determine the proper dosage.

Natural plant extract proven to be just as effective as Proscar

Extracts from the berries of the saw palmetto, a fan-shaped plant native to North America, are probably the gold standard of herbal BPH treatments.  Scientifically known as Serenoa repens and Sabal serrulata, saw palmetto features berries that are high in fatty acids, flavonoids, polysaccharides, and plant sterols – particularly beta-sitosterol, a natural anti-inflammatory agent.  The therapeutic effects of saw palmetto berries were first noted by Native Americans, who used them to treat male urinary tract problems.

Unlike prescription medications, saw palmetto won’t change prostate-specific androgen (PSA) levels in the body.  This is a plus, as PSA levels are a valuable diagnostic tool for prostate cancer; lowering them can conceal the presence of the disease, causing delays in diagnosis and treatment.

In a double-blind study published in 1996 in Prostate, over a thousand men diagnosed with BPH were given either saw palmetto or Proscar for six months.  By using the International Prostate Symptom Score – as well as measuring peak urinary flow rate – researchers concluded that saw palmetto was as effective as Proscar in reducing symptoms.

In a year-long double-blind study published in 2002 in European Urology saw palmetto extracts performed as well as the prescription drug tamsulosin in reducing BPH symptoms and caused fewer side effects.

Stinging nettle, scientifically known as Urtica dioica, grows wild in the United States, where it can annoy hikers by causing painful – but harmless – burning sensations on contact with skin.  Nettle root extracts – the sting has been removed, of course – are widely used in Europe to treat BPH; as with saw palmetto, research supporting its effectiveness exists.

Like saw palmetto, nettle root is rich in fatty acids and plant sterols.  Scopoletin – a type of coumarin, or natural blood-thinning substance – is found in nettle root as well, along with beneficial triterpenes, choline, and serotonin.

In a six-month double-blind trial published in 2005 in the Journal of Herbal Pharmacotherapy, researchers found that nettle root extracts worked better than placebo to relieve BPH symptoms, including improving urinary flow rate and postvoid residual urine volume.  They concluded that nettle extracts were “beneficial” in BPH treatment but called for further confirmatory research.

The bark from the pygeum tree, scientifically known as Pygeum africanum and also called the African plum tree, is an extremely promising herbal treatment for BPH.  Researchers think it works on BPH by way of three different mechanisms: reducing inflammation in the prostate, suppressing prostate growth factors, and reducing prolactin levels, thereby decreasing the prostate’s uptake of testosterone.

Finally, grass pollen is worth a mention as well.  According to Langone NYU Medical Center, a combination of rye, timothy, and corn pollen extracts have been shown to significantly improve prostate symptoms and reduce prostate size, possibly eliminating the need for surgery.  In fact, in one study, grass pollen worked better than pygeum; more research is needed.

Scientists aren’t sure how grass pollen works to reduce BPH symptoms but theorize that it may suppress the production of inflammatory substances such as prostaglandins and leukotrienes.  And, even if you are allergic to grass pollen, you should still be able to use grass pollen products designed to treat BPH, as these have had their allergenic components removed.

Virtually free of serious side effects, these natural remedies may function as a safe, inexpensive, and effective way to treat the discomfort and inconvenience of BPH. One, or more, could very well work for you.

(NaturalHealth365)  Horsetail – a tall, shaggy weed that grows in wetlands and END_OF_DOCUMENT_TOKEN_TO_BE_REPLACED