Slash your risk of cancer by eating more of this type of fruit, according to research 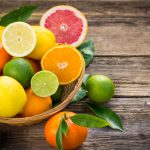 (NaturalHealth365) According to the American Cancer Society, 1 in 125 men and 1 in 417 women will be diagnosed with esophageal cancer. While smoking significantly increases the risk of this potentially deadly disease – which has a 5-year survival rate of less than 50 percent – even people who have never smoked can develop it, especially if they drink a lot of alcohol, have a family history, have chronic acid reflux, or have other recognized risk factors.

While esophageal cancer accounts for just 1 percent of all U.S. cancer cases, you still might be wondering how to reduce your cancer risk for this and other conditions.  The good news? Protecting your health might involve something as sweet (and delicious) as simply eating more citrus fruit.

Eating more oranges, clementines, grapefruits, tangerines, and other citruses may “significantly reduce [your] risk of esophageal cancer,” concluded the authors of a 2015 meta-analysis published in the peer-reviewed journal Medicine.

To come to this conclusion, the team of researchers assessed data from 19 studies looking at the link between esophageal cancer and intake of citrus fruits. By design, these studies (cohort and case-control) cannot be used to prove causation, but they are able to clarify the correlation between these two factors.

Specifically, it was determined that there was a significantly reduced esophageal cancer risk in people who reported eating more citrus fruits.

The researchers’ statistical analysis revealed an odds ratio of 0.63.  Odds ratio is used to measure the relationship between exposure to a given variable (e.g., citrus intake) and a given outcome (esophageal cancer).

In this case, an odds ratio of 0.63 means that the group who reported the highest level of citrus fruit intake had only 63% of the chances of developing esophageal cancer compared to people who report the lowest amount of citrus fruit. In other words, they were about 37 percent LESS likely to develop the deadly disease.

This research is corroborated by plenty of other studies, by the way, including one paper published in Cancer Epidemiology, Biomarkers & Prevention which found that a high intake of green veggies in addition to citrus fruits was also cancer-protective.

Citrus fruit has also been shown to reduce the risk of other types of cancer as well, including cancers of the prostate, breast, and pancreas.

Here are 3 key cancer-fighting plant properties in citrus fruits, according to science

Why is citrus so stellar for fighting cancer? Like other brightly colored plant foods (including green, yellow, orange, and red fruits and veggies), citrus fruits contain at least three bioactive compounds shown to offer health benefits. These include:

The takeaway: Add citrus fruits into your weekly dietary rotation! Enjoy as snacks or topped over green salads.

(NaturalHealth365)  The controversy over caffeine consumption during pregnancy is a long-standing one.  END_OF_DOCUMENT_TOKEN_TO_BE_REPLACED