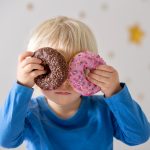 (NaturalHealth365) Let’s face the harsh reality. While most people recognize that we live in a toxic world, only a few grasp the magnitude of the problem. Environmental toxins cause significant harm to people of all ages; however, children are particularly vulnerable. In fact, there is plenty of evidence revealing children’s unique patterns of exposure to human-made and natural chemicals.

Our kids are under siege by a wide array of toxic compounds, from indoor pollutants, molds, and allergens to food additives and chemicals in our food and water. As a result of such unprecedented toxic exposures, it is not surprising that today almost 50% of children suffer from at least one chronic health condition.

There are several reasons why children are more susceptible to the adverse health effects triggered by these compounds:

The 1958 Food Additives Amendment to the Federal Food, Drug, and Cosmetic Act (FFDCA), allowed more than 10,000 chemicals to be added to food and food contact materials.  Furthermore, as shocking as it may sound, food additives that fall under the “generally recognized as safe” (GRAS) designation are not required to go through any FDA-approval process.

While an increasing number of chemicals are secretly added to our food supply, the evidence continues to mount, showing a connection between food additives and disease. Take potassium bromate as an example. Researchers have linked this potent oxidizer that helps bread rise to kidney and thyroid cancers in rodents.

Other countries, including several members of the European Union, have banned potassium bromate in food many years ago. But not the United States. Despite the massive backlash from experts, the FDA refuses to remove potassium bromate from the GRAS list, disregarding the evidence that proves the compound is likely unsafe.

Scientists have confirmed that many chemicals and food additives mimic or interfere with the body’s hormones. Endocrine system disruption is of particularly great concern, especially among children. When such disturbances occur at the time organs are still developing, the effects can have lasting consequences.

The international scientific community has drawn attention to these issues in multiple landmark reports – many of them pointing out the dangers of even low doses of endocrine-disrupting chemicals.

Experts recommend avoiding these chemicals, for adults and children alike. Here are the reasons why:

While it may feel overwhelming to make these changes all at once, you can start by identifying the biggest offender in your life. Making some simple changes can go a long way in helping you to keep your children safe.

(NaturalHealth365) You’ve probably heard that too much sugar harms your health.  Sugar END_OF_DOCUMENT_TOKEN_TO_BE_REPLACED

(NaturalHealth365)  Menopause is a natural part of getting older, signaling the end END_OF_DOCUMENT_TOKEN_TO_BE_REPLACED