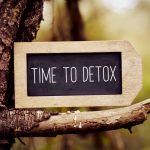 (NaturalHealth365) Generally speaking, based on widely accepted statistics, well over half of U.S. adults 55 years and older suffer with one or more chronic health conditions – including heart disease, cancer and neurodegenerative disease.  But, sadly, the lesser known reality is: researchers say that deficiencies in glutathione (GHS) – the body’s “master” antioxidant – could be behind this shocking national crisis in illness.

Produced from the amino acids cysteine, glycine and glutamine, glutathione exists in every cell of the body. It is so inextricably tied to well-being and survival that researchers report that levels can help predict longevity, while tens of thousands of scientific studies attest to the ability of GHS to promote detoxification and recovery from disease.

Now for the good news: you can increase your levels of this indispensable substance with some simple techniques.

What is glutathione (GHS) and how does it work for us?

And there’s no doubt: GHS has a long “to-do” list.

This vital antioxidant helps to control inflammation, regulate cell growth and fight the oxidation of circulating fats in the bloodstream. It also helps to produce proteins, helps the liver detoxify metabolic waste products and protects against environmental toxins.

Finally, glutathione boosts immune system function and promotes the function of disease-fighting T-cells. There is even evidence that glutathione can support cancer patients.

Fact: Your levels of GHS drop with normal aging

Unsurprisingly, healthy, young people have GHS in abundance. Levels begin to drop at about age 45, with illness, injury and stress taking a toll. The very lowest levels are found among hospital patients who are both ill and elderly.

In a study published in the New England Journal of Medicine, researchers found that heart disease patients with low levels of GHS were 30 percent more likely to suffer a heart attack.

Let’s take a look at some of the factors that can deplete glutathione levels.

We are bombarded daily with threats to glutathione

In addition to infections, injury and stress, exposure to toxins such as heavy metals, pesticides, GMO foods and radiation from wireless systems can deplete GHS levels.

And, both prescription and over-the-counter medications can deplete GHS.  Acetaminophen – marketed under the brand name Tylenol and found in a wide range of preparations – is particularly toxic.  Excessive amounts of this common painkiller can overwhelm the liver’s stores of glutathione, with life-threatening effect.

But how can you best protect your GHS levels?  While consuming glutathione-rich foods (such as avocados, okra, asparagus, and spinach) can help decrease oxidative stress and “spare” the body’s natural stores of glutathione, natural health experts say it is actually more effective to consume foods and supplements that boost production of this disease-fighting antioxidant.

Naturally, you should consult your integrative healthcare provider before embarking on a ‘new’ diet or supplement routine.

One of glutathione’s detoxifying weapons is its content of sulfur, which binds to toxins and free radicals and helps them to be eliminated harmlessly from the body.  Studies have shown that eating sulfur-rich foods can decrease oxidative stress and increase glutathione.

Look for foods rich in sulfur-containing cysteine – such as eggs, garlic and onions – as well as cruciferous vegetables, like Brussels sprouts, cabbage, cauliflower and kale.

Bioactive, organic grass-fed whey protein contains cysteine, one of the major building blocks of glutathione. For maximum benefit, experts say to look for products made from non-denatured protein.

Vigorous aerobic exercise, such as walking, running, jogging and cycling, can ramp up glutathione.

Research has shown that a combination of cardio and strength training is most effective in building up glutathione. However, be careful not to overdo, as overtraining can actually cut glutathione levels.

Experts recommend starting slowly and working up to 30 minute sessions.

Vitamin C, which converts oxidized GHS back to its active form, can raise levels in red and white blood cells alike. (One study showed it raised glutathione in red blood cells by 47 percent). Vitamin E works to protect enzymes that, in turn, protect glutathione.

Research has shown that alpha-lipoic acid, or ALA, helps to restore drops in glutathione levels that occur with stress and immune system depletion. In one study, ALA helped to restore blood glutathione status in patients with HIV/AIDs.

Methylation, the process of adding methyl groups to a DNA molecule, is essential to the production and recycling of glutathione. You can increase methylation with B-complex vitamins, including vitamin B6, or pyridoxine, vitamin B12, or methlycobalamin, and vitamin B9, or folate.

Garbanzo beans, with 557 mcg of folate per half-cup, can provide 100 percent of the recommended daily amount. Beef liver, pinto beans and lentils are also great sources.

Milk thistle’s active ingredient, silymarin, helps to protect toxin-induced drops in glutathione levels, raising levels in the liver by up to 35 percent.  Typically, an integrative doctor might recommend 100 mg to 200 mg of milk thistle three times a day with meals.

Here’s one more for good measure: getting enough restful sleep can help maintain and increase glutathione levels – while chronic lack of sleep can decrease them.  And, using stress reduction techniques – such as biofeedback, guided meditation, yoga or tai chi – can also help protect precious stores of glutathione.

If you would like to try glutathione supplementation, talk to a trusted integrative doctor. Liposomal forms of glutathione, which are less susceptible to being destroyed during digestion, are available.

What’s behind the rising rates of inflammatory bowel disease among older adults?