POWERFUL VIDEO: The “unspoken” COVID threat due to a poisoned food supply 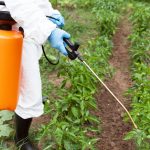 (NaturalHealth365)  Thanks to the tireless effort put forth by the mainstream media to brainwash the masses, millions now believe that the only way to protect against the invisible virus is by masking up, getting jabbed, and avoiding our fellow human beings.  It doesn’t seem to matter that none of these measures are grounded in sound science, that the virus has never been isolated, or that (conventionally speaking) the disease in question has a 99.9x percent survival rate for the vast majority of the global population.

What appears to matter most is to keep the fear going and scare people into submission to taking a virus-based experimental gene therapy.

But, anyone awake realizes that there is something sinister about how governments, Big Tech, and Big Media colluded to silence words of wisdom and common sense questioning the official narrative.  For example, no one can talk about the immune system and its critical role to serve as our line of defense against possible invaders – including those far more deadly than the virus causing COVID-19.

In addition, no health agency stresses the importance of living a healthy lifestyle to reduce our risk of mortality during the pandemic, nor are we warned against the dangers of toxic chemicals present in our food supply.

Powerful VIDEO: MIT Scientist reveals the hidden dangers of glyphosate toxicity and its detrimental impact on our health

In this video, Jonathan Landsman of NaturalHealth365.com talks to Stephanie Seneff, PhD, Senior Research Scientist at Massachusetts Institute of Technology (MIT) and author of Toxic Legacy, to uncover the many ways that glyphosate (RoundUp) destroy human health – including its potential adverse effect on our ability to fight off infections, such as the coronavirus.

According to Dr. Seneff, one of the key aspects of glyphosate toxicity is the destruction of innate immunity.  Glyphosate weakens our innate immune system’s ability to ward off viruses – including the one thought to cause COVID-19.  According to her explanation, in lieu of optimally functioning innate immunity, our “adaptive immune system has to kick in in a big way,” which can lead to the infamous cytokine storm and subsequent organ damage.

Dr. Seneff points out that while correlation does not necessarily equal causation, it is difficult to deny that many chronic diseases have risen over time precisely in step with the dramatic increase in the use of glyphosate.  Tragically, this correlation is particularly strong between the massive use of glyphosate on crops and cardiovascular disease, Alzheimer’s disease, autism, diabetes, and even certain types of cancers (thyroid and pancreatic).

If you think our immunity is the only system impacted by all the glyphosate-soaked foods we consume every day, think again!  Our cardiovascular system suffers greatly too, yet, government health officials do not warn us about the dangers.

Watch this video and pay careful attention to the fascinating explanation for how glyphosate destroys the health of our vascular system.

In another segment of this captivating interview, Dr. Seneff explains how this seemingly innocent chemical sprayed widely on a multitude of conventionally grown crops harms our gut health, leading to multiple chronic conditions.  Studies have confirmed that many chronic diseases start in the gut, including autism, Parkinson’s disease, and rheumatoid arthritis.

It is critical for anyone suffering from these diseases to eliminate foods contaminated or grown with glyphosate to restore the microbiome’s diversity.

Here is how GMOs inflict damage on our health

Soy, corn and sugar beets are some of the most common crops that are grown as GMO.  Glyphosate-resistant crops are all over the food supply, and the government imposes little to no restriction on their use.  Processed foods are usually loaded with GMO ingredients, and unfortunately, most people have no idea how harmful they are.

While it is important to eliminate processed foods to reduce your glyphosate exposure, you can still get exposed through other food sources.  For example, while non-GMO wheat, chickpeas, oats, and lentils are generally healthy foods, they are likely sprayed with glyphosate right before harvesting – unless organically grown.

Don’t miss watching this video to learn the many other ways our glyphosate-tainted food supply causes unimaginable health damage – nutritional deficiencies, depression, anxiety, and even cancer.

Here are some simple tips to reduce your glyphosate exposure:

We hope that bringing this interview to you helps put things into perspective and encourages you to view your health more holistically.  So let’s share this interview far and wide and empower others to take simple steps to start living a healthier life – especially during the so-called pandemic.

(NaturalHealth365)  Research over the past decade has shown, without a doubt, that END_OF_DOCUMENT_TOKEN_TO_BE_REPLACED