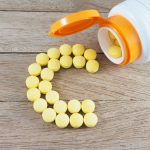 (NaturalHealth365)  There are morning people, and then there are night people.  Why END_OF_DOCUMENT_TOKEN_TO_BE_REPLACED