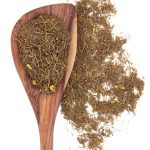 (Naturalhealth365)  Currently one of the five bestselling herbs in the United States, goldenseal – botanically known as Hydrastis canadensis – has a long and illustrious history in natural healing.  Dried goldenseal root has been used for centuries in the Ayurvedic healing system as a trusted remedy for digestive ills, colds, and inflammatory conditions.  And, colonial Americans (who were introduced to the benefits of the herb by the Iroquois tribe) relied on it as well.

As is so often the case, modern science is finally “catching up” to the reservoir of wisdom in natural healing.  Preliminary research has supported goldenseal’s anti-inflammatory and antimicrobial potential (although clinical studies are still limited).  It turns out that the herb contains active constituents, such as berberine, that have health-promoting properties.  Let’s look at three of the most compelling.

Research supports the benefits of goldenseal for urinary tract health

It’s no secret that problems of urinary tract discomfort are widespread.  In fact, fully half of all women will experience at least one episode in their lives, and some will be troubled by recurrent infections.  Making matters worse, many women feel that current medical care for urinary tract-related health problems isn’t “cutting it.”

According to a 2021 study published in the Journal of Urology, women with recurrent urinary tract pain report feeling helpless, hopeless, misunderstood by their physicians, and worried about being bombarded with antibiotics (a reasonable concern in these days of growing antibiotic resistance).  It turns out that berberine, an alkaloid compound found in goldenseal, helps reduce the “stickiness” of bacteria, making them less likely to adhere to the cells of the bladder walls.

A study published in 2017 in the Journal of Chemotherapy suggested that an herbal extract containing berberine, arbutin, birch, and a natural sugar known as D-mannose caused participants to have a lower incidence of recurrent bladder inflammation when compared with those who hadn’t taken berberine.

Natural health experts also may advise goldenseal extract to keep Candida in check.  While this fungus is normally found in the body, excessive amounts can cause yeast overgrowth.

Reason to smile: Berberine in goldenseal may help promote a healthy mouth

It’s no accident that goldenseal appears in many natural oral health preparations, such as mouthwashes.  In addition to berberine, this unique herb contains the alkaloid compounds hydrastine and canadine, which are believed to have anti-inflammatory and antibacterial effects.

Herbal healers have long noted goldenseal’s cleansing and antimicrobial properties and advised it to ease sore, inflamed gums.  And, many biological dentists believe it can help protect against tooth infections.  One review showed that an herbal rinse containing goldenseal reduced the growth of bacteria responsible for dental plaque and gingivitis, causing the reviewers to credit the herb as “beneficial in maintaining oral health.”

You can make your own goldenseal mouth rinse by steeping two tablespoons of the dried herb in a cup of hot water for 15 minutes.  After the liquid cools, it’s ready for use as a cleansing mouthwash and gargle.

In test-tube studies, berberine has been shown to inhibit both E. coli bacteria – which can cause diarrhea – and H. pylori bacteria, which is implicated in the development of stomach ulcers.  Other test-tube studies suggest that goldenseal extracts are effective against the bacteria responsible for inflaming the stomach and intestinal tract, resulting in diarrhea, abdominal cramps, and vomiting.  And, in a study published in Global Advances in Health and Medicine, the scientists reported that an herbal preparation containing berberine was effective at supporting optimum intestinal health.

Finally, goldenseal’s bitter qualities encourage the secretion of bile, which is necessary for proper digestion.

Beware of pretenders “masquerading” as goldenseal

Goldenseal extract is available in capsules, tablets, and tinctures – as well as in eye drops, lotions, and sprays.  Some formulations also contain echinacea, which is believed to work well with goldenseal.

Only purchase goldenseal extract from reputable vendors – and check labels carefully to ensure that it is what you are getting.  Some products, wrongly marketed as goldenseal, may consist of other – usually cheaper – herbs such as barberry, Chinese goldthread, “Chinese” goldenseal (not the same substance), and Oregon grape root.

Natural healers typically recommend goldenseal amounts of 0.5 grams to 10 grams a day – but consult your integrative physician before supplementing.  Remember: goldenseal should not be used during pregnancy or breastfeeding.

Goldenseal is a trusted and versatile herbal remedy that gives new meaning to the phrase “golden oldie.” After centuries of use, it continues to naturally support health and wellness in the hectic, challenging present day.

(NaturalHealth365)  More than 4,500 published studies have created a powerful body of END_OF_DOCUMENT_TOKEN_TO_BE_REPLACED

(NaturalHealth365)  Food allergies are all too common in our society.  Many Americans END_OF_DOCUMENT_TOKEN_TO_BE_REPLACED