Hope for heart failure: Discover the lifesaving effects of hawthorn 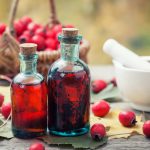 (NaturalHealth365) Heart failure – the inability of the heart to pump enough oxygen-rich blood throughout the body – is a chronic, progressive disease with a notoriously poor prognosis.  Experts report that about half of all people diagnosed with this condition pass away within five years – and a tragic 90 percent of those with advanced forms of heart failure will succumb within the year.

Since Biblical times, herbal healers have used the berries, leaves, and flowers of the hawthorn plant to combat heart conditions.  Now, fast forward to the 21st century, multiple scientific studies support this ancient therapy.  In one particularly eye-opening study, researchers found that hawthorn extracts, when added to conventional medical treatments, could not only improve symptoms but reduce the risk of sudden death!  For the roughly 6.2 million Americans currently living with heart failure, these results are great (and potentially lifesaving!) news indeed.

In a study of over 2,600 adults published in the European Journal of Heart Failure (EJHF), researchers evaluated the effects of 900 mg of hawthorn extract a day on patients with class II or III heart failure.  The patients also had compromised left ventricular ejection fractions.

The researchers found that the hawthorn reduced cardiac mortality in one particular subgroup of patients: those with less compromised left ventricular function.  Specifically, in patients with ejection fractions of over 25 percent (but less than 35 percent), the hawthorn extracts reduced death by an impressive 39.7 percent.

While more study is needed, this is a truly encouraging result with significant implications.  By the way, the team also remarked on the lack of adverse effects and concluded that combining hawthorn with optimal heart medications was safe.

Additional research has supported the ability of hawthorn to alleviate symptoms of heart failure.

A study of 952 people showed that hawthorn berry extracts reduced fatigue, shortness of breath, and heart palpitations – what researchers called the three “cardinal symptoms” of heart disease – when compared to a group that did not take hawthorn.  In addition, the team reported that the hawthorn group required fewer synthetic chemical medications.

In one review, which examined 14 randomized studies involving over 850 people, the authors concluded that hawthorn extracts combined with pharmaceutical medication reduced shortness of breath and fatigue while improving heart function and exercise tolerance.

Hawthorn berries are a rich source of antioxidants and anti-inflammatory plant compounds, which help scavenge free radicals and reduce the oxidative damage and inflammation that can trigger heart disease.

One such group of antioxidants, known as oligomeric procyanidins (OPCs), are plant pigments with the ability to act against heart disease and atherosclerosis.  OPCs in hawthorn have been shown to increase ejection fraction and boost cardiac efficiency in heart failure patients while improving cholesterol profiles.

Incidentally, each 900-mg daily serving of hawthorn extract given to the participants in the landmark EJHF study contained 169 mg of OPCs.

Hawthorn extracts also benefit the heart by dilating the coronary and peripheral blood vessels, which helps to lower blood pressure.  As if that weren’t beneficial enough, hawthorn extracts fight hypertension in yet another way: by inhibiting the action of angiotensin-converting enzyme (ACE), a body chemical that raises blood pressure.

Incidentally, hawthorn’s benefits are not confined to the heart.  Animal studies show that hawthorn extracts reduce liver triglycerides by as much as 47 percent – a boon for those with nonalcoholic fatty liver (NAFLD), which verges on epidemic levels in the United States.  Hawthorn has also been shown to have stomach-protective effects that may reduce the odds of developing an ulcer.

Improve your heart function with the help of time-honored hawthorn

While hawthorn berries are not generally available at supermarkets, you may be able to find them at farmers’ markets, health food stores, and online. The tart, refreshing berries can be nibbled “as is” for a snack; alternately, the dried berries and leaves can be brewed into a therapeutic tea.  Hawthorn berries can also be utilized in jellies, jams, and marinades.

Hawthorn is also available in supplementary form, in capsules and liquid extracts.  Natural health experts typically advise servings of 300 to 600 mg of hawthorn three times a day.  However, never attempt to address heart failure – or any other condition – with hawthorn without first consulting with an experienced integrative doctor.  Hawthorn is not meant for long-term use – and can cause interactions with certain prescribed medications.

Of course, the occurrence of heart failure symptoms – which include fatigue, shortness of breath during everyday activities, heart palpitations, and unexplained swelling in the feet, legs, or stomach – calls for a prompt visit to your doctor.

Conventionally speaking, heart failure is a serious condition with no known cure.  However, proper action steps can slow the progression from one stage to the next – while improving the quality and duration of life.

Maybe it’s time for you and your doctor to discuss adding hawthorn to your daily routine.  You just might find that you can breathe easier.

(NaturalHealth365)  There are morning people, and then there are night people.  Why END_OF_DOCUMENT_TOKEN_TO_BE_REPLACED