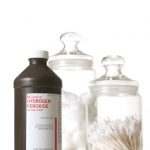 (NaturalHealth365) You probably have used hydrogen peroxide (H2O2) many times to treat mild external infections or treat minor cuts. But, “food grade” hydrogen peroxide actually has a number of additional benefits beyond first aid – although not all uses are recognized by the Western medical world.

Technically speaking, food grade H2O2 range from 8 to 35 percent solutions – which shouldn’t be confused with your typical drugstore varieties that get diluted down to about 3.5 percent.

The science behind its use stems from the fact that cancer cells behave in a similar fashion to (most) unwanted pathogens. They prefer consistently acidic environments of low oxygen and plenty of simple sugars.

If the biological terrain is rich in oxygen and surrounded by plenty of antioxidants, cancer cells tend to have a poor survival rate.

How does H2O2 kill infections?

To understand why this occurs, it’s helpful to know that hydrogen peroxide is labeled as “singlet oxygen therapy,” meaning that when it comes into contact with other substances, it release a single atom of oxygen as a part of an oxidation reaction. Once this occurs, the remaining hydrogen peroxide breaks down into water or H2O – since it is now left with only a single oxygen atom for every two hydrogen atoms.

But that’s not all that is going on during the oxidative reaction. Once that singlet oxygen atom has been released and is roaming around the body, it remains extremely reactive, oxidizing or reducing the molecular structures of a range of contaminants, such as bacteria, viruses and fungi, as well as attacking foreign proteins and parasites.

Best of all, hydrogen peroxide also has the ability to target diseased tissues.

What do cancer experts say about H2O2?

It’s easy to understand why many believe food grade hydrogen peroxide has a place in cancer treatment. In fact, some experts, like R. Webster Kehr, a researcher for the Independent Cancer Research Foundation goes so far as to say that food grade H2O2 may kill cancer cells.

His conclusion is also based on the fact that cancer cells tend to multiply when little oxygen is available, but when exposed to oxygen repeatedly, the expansion of new cells is greatly hindered and the cells may even die, since it appears that cancer cells do not have the ability to break down the oxygen atoms in hydrogen peroxide.

One word of caution: Do not try to self-medicate with H2O2 if you are a cancer patient. Doing so can lead to great harm or even death. Discuss the potential of incorporating H2O2 therapy into your cancer treatment with your primary doctor or cancer care specialist.

Can H2O2 improve the health of your lungs?

Just as it has been used to treat mild infections in the body, there is some evidence that highly diluted, food grade hydrogen peroxide can also be used to break up mucous in the lungs and reduce some of the symptoms of emphysema.

Just an ounce of 35 percent concentrated hydrogen peroxide in a gallon of unchlorinated water can be used in a vaporizer every night. H2O2 may also be administered intravenously. Before using hydrogen peroxide, discuss its use and your lung issues with your physician.

Is this mild antiseptic useful in any other conditions?

Food grade H2O2 therapy has also been used to treat other conditions, particularly those related to a lack of adequate oxygen reaching cells, such as asthma and allergies, as well as a laundry list of other ailments including diabetes, Alzheimer’s and cardiovascular disease.

While most scientific research is lacking in the treatment of these ailments with H2O2 therapy alone, the ability of food grade hydrogen peroxide to improve oxygen levels – at the cellular level – provide some basis for proving that such treatment may indeed be helpful.

Keep in mind, before using H2O2, consulting with an integrative healthcare provider is a smart move because H2O2 can cause, irritation, burning and blistering of the your skin.  In addition, breathing in H2O2 – at high concentrations – can cause airway irritation, tightness in the chest and shortness of breath.  And, finally, swallowing it – at higher concentrations – can cause nausea, vomiting and organ damage.

(NaturalHealth365) Are you feeling “frazzled?”  For many people, the seemingly endless stream END_OF_DOCUMENT_TOKEN_TO_BE_REPLACED

The surprising benefits of cold showers

(NaturalHealth365) A cold shower is often a first-world annoyance in western societies. END_OF_DOCUMENT_TOKEN_TO_BE_REPLACED

The pain-relieving powers of essential oils