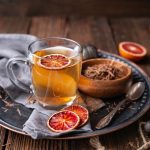 (NaturalHealth365)  For centuries, the healing powers of the herb pau d’arco have been recognized by those around the world who have sought out herbal medicines.  But in recent years, this herb’s many health benefits have even been recognized by conventional medicine – especially in strengthening the immune system.

Researchers associated with the U.S. Department of Agriculture have recognized pau d’arco’s significant anti-tumor, anti-inflammatory, antibacterial, and antiviral benefits, while a Munich researcher has based his entire doctoral thesis on the herb’s incredible powers for supporting the immune system.

Are you looking to improve your immune system naturally?

It is widely understood that there’s a link between the body’s immune system and the body’s ability to fight off cancer, infectious diseases plus many other chronic health conditions.  Naturally speaking, many healthcare providers recommend the daily consumption of organic (or wildcrafted) herbs like, pau d’arco – which is native to the rainforests of Central and South America, although it has been successfully cultivated in southern Florida.

Outside the United States, in particular, the ability of pau d’arco to boost immune function is widely accepted and it has been used to treat a broad range of illnesses for generations.  Research has shown that pau d’arco has the potential to boost the activity of the immune system by nearly 50 percent when ingested on a regular basis.

Pau d’arco is commonly available online or at health food stores and some drugstores in a variety of forms, including tablets, tea, capsule, salve, powder, and liquid extract.  While recommended dosage varies by manufacturer and product type, making herbal tea requires the bark to be boiled or simmered a minimum of 8 to 10 minutes in order for the active ingredients to be released.

Scientists recognizing pau d’arco’s ability to boost immunity point to two key components found in the inner part of the herb’s bark: lapachol and beta-lapachone.  Not only have these chemicals been found to improve resistance to disease-producing organisms, but researchers also believe they have the power to fight cancer.

What does science say about the anti-cancer benefits of pau d’arco?

Dr. David Boothman of the Harold C. Simmons Comprehensive Cancer Center has gone on record explaining that beta-lapachone blocks a cancer cell’s ability to repair its DNA, leading to its eventual death.  Similarly, a U.S. patent was issued following clinical studies completed in Osaka, Japan, that showed pau d’arco’s tree bark not only strengthens immunity but is effective in fighting against cancerous growths.

Specifically, the patent detailed the ability of pau d’arco’s tree bark to slow the growth of 23 different types of cancer cells, with 12 of the 23 forms of malignant tumors destroyed entirely.  Those 12 types include:

According to the American Cancer Society, one component of pau d’arco – lapachol – was found to fight against certain tumor cells as well as malaria in laboratory animals.  While this research showed it to be effective against cancers such as sarcoma, it did not have an impact against other types of cancer, such as leukemia.

While noting that such tests are unconfirmed, the American Cancer Society also states that some studies have shown that pau d’arco tree bark works by spurring immune system cells known as macrophages into action.  The bark extract was also shown to kill liver cancer cells and lung cancer cells in test tubes while reducing the spread of lung cancer in laboratory mice following tumor removal.  It has also been shown that the bark extract may kill bacteria or fungi.

Additional research may uncover more of the healing powers of pau d’arco.

While there are over 30 known constituents inside the herb pau d’arco, only three were included in the above study, leaving the door wide open for additional substances to be identified as playing significant roles in improving health, while underscoring the strength that the combined components have in healing.

(NaturalHealth365)  Organic produce sales are booming around the world.  Of course, by END_OF_DOCUMENT_TOKEN_TO_BE_REPLACED