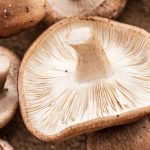 (NaturalHealth365) Mushrooms have been used by many cultures in the art of healing and natural medicine.  They are rich in beta-glucans, powerful compounds that offer numerous health benefits including acting as an effective antiviral.  In fact, studies show that extracts of medicinal mushrooms and beta-glucans can significantly strengthen the immune system.

Understanding how mushrooms and beta-glucans work in the body, as well as the best mushrooms that pack the more beneficial punch, will help you improve your diet – and your good health will follow.

Beta-glucans are polysaccharides that occur naturally in the cell walls of mushrooms, whole grains, seaweed, and fungi.  The highest concentrations of beta-glucans are found in certain fungi like yeast and mushrooms.  This occurs because their cells are primarily composed of the substance.

They typically work in the gut first to nourish it and create a healthy environment.  But, at the same time, beta-glucans also aid in fortifying immune cells within the entire body.

These 3 medicinal mushrooms offer the MOST benefit to immune function, according to research

Shiitake Mushroom – This little mushroom is one of the best known and has been used in Chinese medicine for centuries.  Studies have highlighted its ability to significantly decrease bacteria in the lungs and provide a feeling of overall healthiness.

In addition to its antibacterial properties, Shiitake mushroom is also a potent antiviral.  Thanks to its unique set of compounds, it effectively fights a wide array of ailments.  In fact, Shiitake can help prevent various illnesses and diseases from forming and support the integrity of the digestive tract.

Maitake Mushroom – This species of mushroom is commonly used in cooking.  In various studies, Maitake was found to activate macrophages and NK cells, some of the first cells in the immune system to respond when there is a threat.

The extracts of the Maitake mushroom also stimulate the secretion of interferons.  Those are the proteins that give the body its strength and ability to guard against infection.

Chaga Mushroom – These powerful immunomodulators are found in North America, Asia, and Europe.  They typically grow in cold climates, attaching to birch trees.

In one study, animals were given a drug that inhibits the normal function and activity of the immune system.  They were given Chaga extract, and the immune cells returned to nearly normal levels in a short time.  At the same time, it also inhibited tumor necrosis factor levels which can cause inflammation in the body that is potentially harmful.

While many of the compounds found in mushrooms are beneficial to the body, the beta-glucans give it the most potent punch in immune system support.  While they are commonly found in mushrooms, they can also be derived from yeast.

Beta-glucans bind to the receptors of specific cells integral to the body’s immune response and overall immunity.  This allows cells that enhance their function to strengthen immunity and help guard against illness, infection, and other threats.

They do most of their work in the gut, encouraging the growth of healthy microbiota, the microorganism that resides in the intestines — the “good” bacteria.

Mushrooms have a broad reach and there is solid evidence showing that they are a vital part of a healthy, robust immune system and lower inflammation in the body.  So who could benefit from mushrooms?  Virtually everyone seeking to optimize their health, guard against pathogens and enhance the immune system.

What is your experience with medicinal mushrooms? Do you incorporate them regularly into your diet?

(NaturalHealth365)  The controversy over caffeine consumption during pregnancy is a long-standing one.  END_OF_DOCUMENT_TOKEN_TO_BE_REPLACED

(NaturalHealth365)  Every 34 seconds in the United States, somebody dies of heart END_OF_DOCUMENT_TOKEN_TO_BE_REPLACED