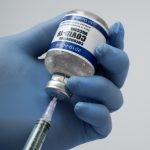 (NaturalHealth365)  If public health officials and elected representatives were to “follow the science” during this pandemic, then they must conclude that COVID shot mandates make absolutely zero sense, right?

A recent letter from the prestigious medical journal, The Lancet raised this very question by pointing out the apparent lack of effectiveness of the COVID-19 injections.  Yet, from Boston to Chicago and an appalling number of other American cities, we continue to see these insane and unethical vax mandates.  Will the American public finally understand they need to vote with their dollars and simply stop patronizing businesses that require proof of vax?

Underwhelming vax efficacy is the “elephant (not) in the room,” according to the Lancet

In the beginning, we were told that everyone had to get the jab to end the pandemic, stop the spread of SARS-CoV-2, and keep everyone else safe.

Notice how quickly that narrative has changed.

Now – at best – the shot may reduce your risk of severe hospitalization and death with COVID-19, but it won’t stop you from getting it (and we still haven’t fully uncovered all the potential risks of adverse effects of these shots, which people assume full responsibility for once they agree to the jab).

Of course, this brings up an important question: “What is my risk of getting severely sick and hospitalized with COVID-19 anyway, even without the shot?”  This risk level is widely different for different people, depending on factors like age and co-morbidities.  And as a group of scientists wrote in a letter to the Lancet in July 2021, Big Pharma presents the statistics carefully to make the shots seem much more effective than they actually are.

“Vaccine efficacy is generally reported as a relative risk reduction (RRR),” the Lancet writers explain.  “It uses the relative risk (RR) – i.e., the ratio of attack rates with and without a vaccine” (emphasis ours).

The authors go on to list the reported relative risk reductions of the Pfizer and Moderna mRNA COVID shots as 94% and 91%, respectively.  Sounds impressive.  “However,” the team continues, “RRR should be seen against the background risk of being infected and becoming ill with COVID-19, which varies between populations and over time.  Although the RRR considers only participants who could benefit from the vaccine, the absolute risk reduction (ARR), which is the difference between attack rates with and without a vaccine, considers the whole population” (emphasis ours).

In other words, absolute risk reduction is how much YOUR personal risk of COVID-19 goes down as a result of the vax (or any other variable in question).  In contrast, relative risk reduction only compares the risk in two different groups of people (e.g., vax vs. unvaxxed).

So, what is the absolute risk reduction of these shots?  As the authors point out, it is LESS THAN 2 PERCENT for all the mRNA COVID shots – just 1.2% for Moderna and just 0.84% for Pfizer!

This essentially means that if you’ve taken the shots, your risk of getting COVID-19 has decreased by, at best, a measly one or two percentage points.  And yet that level of underwhelming efficacy warrants the push to force an entire global population to take these drugs?

More from the Lancet:  Vax mandates “ignore” the fact that vaxxed people can spread COVID-19

Remember, it’s well-established that these jabs do not stop transmission.  This includes the third booster, which is likely just one of many additional doses to come.  Indeed, so-called “breakthrough” cases of COVID-19, which were once downplayed as “rare,” are now incredibly common.

Plus, double jabbed and triple jabbed folks who contract COVID-19 can pass it on to other people and be just as infectious as their non-jabbed peers – an inconvenient truth for public health officials because it effectively destroys the moral imperative to get the shot.

The Lancet published additional letters bringing to light this issue in November and December 2021 by a researcher named Günter Kampf of the Institute for Hygiene and Environmental Medicine, University Medicine Greifswald in Germany.

Among many salient points, Kampf highlights the glaring insanity of the claim that “the unvaxxed are a threat to the vaxxed” (because, after all, if the shots were truly “safe and effective,” then the people who get them wouldn’t be at risk from people who don’t).  Kampf also warned that decision-makers who “assume that the vaccinated can be excluded as a source of transmission” are being “grossly negligent” when implementing public health control measures – such as banning unvaxxed people from public spaces even though their vaxxed peers can clearly still get and transmit the virus.  Finally, Kampf rightly says that “stigmatizing the unvaccinated” is inappropriate and “not justified.”  This has never been more obvious in the wake of the so-called Omicron variant.

If you took three flu shots in less than one year and STILL got the flu, would you start to have serious doubts about the shot’s efficacy?  Would your doubts be justified?  What about a vax for any other disease?

Why, then, is the COVID shot any different?

(NaturalHealth365)  Is the COVID shot necessary for kids?  We know most people END_OF_DOCUMENT_TOKEN_TO_BE_REPLACED

(NaturalHealth365)  As Big Pharma rolls out one COVID booster after another, a END_OF_DOCUMENT_TOKEN_TO_BE_REPLACED