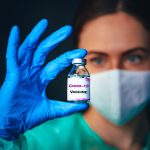 (NaturalHealth365) It was April of this year when Pfizer CEO Albert Bourla said people would “likely” need a third booster shot of his company’s highly profitable COVID-19 shot. In an interview with CNBC, Bourla also predicted that “there will be an annual revaccination” as well.

At the time, Bourla claimed that “variants will play a key role” in whether these additional jabs will be needed.  But as the pandemic allegedly rolls on and reports of breakthrough cases continue to hit the headlines, many people are doubtful about Pfizer’s true motivation to push these shots.

As it stands, Pfizer has already doubled its second-quarter revenue and increased its profits by almost 60%, according to U.S. News.  Pfizer also updated its projected revenue from its COVID shot alone to over $33.5 billion – 29 percent higher than its earlier estimate of “just” $26 billion.

Their profits could rise even more exponentially for a few reasons:

Many public health officials question the necessity of yet ANOTHER jab, including officials from the U.S. Centers for Disease Control and Prevention (CDC) itself.

In June, members of the COVID-19 working group of the CDC’s Advisory Committee on Immunization Practices (ACIP) voiced their disagreement with Pfizer.  In an article published on CNBC, ACIP member Dr. Sharon Frey said, “there’s no data to support recommendations to support boosters at this time.”

For their part, Pfizer officials insist they DO have this data.  Moreover, they recently claimed a third COVID shot boosts antibody levels by five times and increases protection against the so-called Delta variant.

Here’s the problem: the data Pfizer used to make this claim is not peer-reviewed and comes from a cohort of just 23 people.  Plus, as pointed out by David Dowdy, infectious disease epidemiologist from Johns Hopkins, even if antibody levels increase by 5 times after a third dose, this does not prove that protection is enhanced.

CDC disagrees with widespread booster shots for now … but will they change their tune?

While the ACIP says there is currently “no data” to support booster shots, the CDC committee has also stated that third doses may be necessary for certain populations, including older adults and people who are immunocompromised.

Using language that is concerning to some health experts, the ACIP has also suggested that rising breakthrough cases may also be a reason to push a third shot.  For example, consider this troubling opinion from ACIP member, Dr. Grace Lee, quoted in the above-mentioned CNBC article:  “If we’re seeing severe breakthrough cases, then I think the decision-making moves forward [to give a third dose] even if there’s uncertainty with the safety data” (emphasis ours).

First, a pharmaceutical company believes it can make public health recommendations, despite the painfully obvious bias (after all – the recommendations they make will directly and significantly boost their profits).

Second, health officials insist additional doses of a medical product that didn’t work effectively the first time could be necessary for protecting the American public … even if they don’t fully know the risks involved.

Let’s read between the lines here:

And, finally, will officials finally acknowledge the prevalence of injection failure (which the so-called “anti-jab” folks have been pointing to all along) only to use this as a way to justify booster shots and annual doses?