BREAKING Health NEWS: Weight loss made easier with the use of lipoic acid 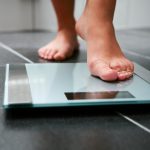 (NaturalHealth365) Obesity is widespread in the United States, with the CDC estimating its prevalence at a stunning 42.4 percent of the adult population.  More than just a cosmetic or aesthetic issue, obesity – defined as a body mass index of 30 and above – is a serious medical problem.  But, today, we have some exciting weight loss news to report.

First, to be clear: Not only does being overweight tragically shorten lives, but it increases the risk of many other potentially life-threatening conditions – such as heart disease, stroke, type 2 diabetes, sleep apnea and certain types of cancer.

And, while Western medicine has attempted to “control” obesity with pharmaceutical medications, some of these drugs have caused toxic side effects ranging from psychiatric disorders to increased risk of myocardial infarctions and strokes.  This reality has fueled the search for non-toxic and effective ways to lose weight – and a new, peer-reviewed study shows that lipoic acid may fit the bill.

The clinical study – conducted by Oregon State University in conjunction with Oregon Health and Science University and published in August in Journal of Nutrition – involved 62 obese but otherwise healthy adult participants.

Researchers chose to study healthy subjects so that they could better determine the benefits of lipoic acid in weight loss – and not in the treatment of disease per se.  To conduct the study, researchers gave 600 mg of lipoic acid supplements a day to 31 participants, while a control group of equal size received a placebo.

The participants were advised to make no changes in their diets or level of physical activity.  The results were unequivocal – and quite encouraging!

According to study leader Balz Frei, Director Emeritus of the Linus Pauling Institute at OSU, the subjects who received the lipoic acid supplements “clearly showed a loss in body weight and fat.”  Significantly, the lipoic acid didn’t just affect body mass index – which also measures muscle, fluid and bone – but the amount of excess fat shed by the subjects.

The upshot was: the lipoic acid group lost up to 5 percent in weight and nearly 10 percent in body fat -and this occurred with no change in lifestyle or adjustment to diet.  Female participants, as well as the most obese individuals, enjoyed the greatest benefits.

The lipoic acid group also showed decreased levels of markers of inflammation and oxidative stress – both of which are implicated in the development of disease.

The new OSU study was not the first research to show that lipoic acid promotes weight loss.  In 2011, an intriguing Korean study was published online in the American Journal of Medicine.

The study involved 360 obese adults who also experienced additional health concerns – such as high blood pressure, type 2 diabetes or high cholesterol.  Participants were given either 1,200 mg of lipoic acid, 1,800 mg of lipoic acid or placebo a day for twenty weeks. They were also instructed to reduce dietary intake by 600 calories a day.

The team found that the 1,800-mg group lost a clinically significantly amount of weight and shed more pounds than either the placebo group or the lower-dose group.  Noting that that lipoic acid was indeed responsible for a “modest” weight loss, the team concluded that it could be recommended as a complementary obesity treatment.

As an added “bonus:” Diabetic patients in the 1,800-mg group showed a substantial reduction in their A1c levels (a measure of blood sugar control over time).

Lipoic acid, also called alpha-lipoic acid, is a medium-chain fatty acid produced naturally in the body.  Although lipoic acid is sometimes referred to as ALA, this acronym can also refer to alpha-linoleic acid, a different nutrient).

An essential cofactor for mitochondrial respiratory enzymes, lipoic acid has antioxidant and anti-inflammatory effects, and is currently used by integrative healthcare providers to treat diabetic neuropathy.

When you consider this natural nutrient’s capabilities, it is not surprising that lipoic acid promotes weight loss.  Studies show that it seems to regulate AMP-activated protein kinase, the metabolic “master switch” that responds to changes in cellular energy. In addition, it can help metabolize glucose (“sugar”) and fats!

And, cell studies have shown that lipoic acid regenerates other important antioxidants in the body, such as CoQ10, vitamin C and glutathione.  Plus, studies support its ability to improve insulin sensitivity, prevent vascular dysfunction and ease fatty liver disease.

Obesity and overweight can be triggered by a complex web of factors, including genetics, environment, hormonal imbalances, use of certain medications and sedentary lifestyle.  Of course, poor nutrition (particularly the Standard American Diet, which features outsize servings of foods laden with unhealthy fats, sugars and chemical additives) plays a major role.

While increased physical activity and reduced caloric intake are the mainstays of weight control, many struggle with these behavioral modifications.

But, there is good news.

Even modest weight loss – such as 5 to 10 percent of BMI – can help prevent or alleviate the health problems associated with obesity. In addition, small but significant weight loss can sometimes lead to a “springboard” effect, encouraging people to lose more weight.

Your integrative physician can help create a comprehensive weight-loss program that’s right for you.  Many natural health experts recommend eating healthy amounts of plant-based fiber-rich foods – such as fruits, vegetables and whole grains – plus lean sources of protein including beans, grass-fed beef and wild-caught fish.

In terms of exercise, many health experts suggest getting 150 to 300 minutes of moderate-intensity activity – such as fast walking, swimming or biking – per week.  However, even leisurely strolling can be beneficial.  For beginners, you may want to get an inexpensive pedometer to help gauge your activity level.  For example, make a goal of doing 10,000 steps per day.

You can increase your dietary intake of lipoic acid intake with spinach, yams, beets, tomatoes, and grass-fed beef.  But, naturally, lipoic acid is available in supplementary form, with integrative doctors typically recommending 200 to 400 mg a day, taken before meals, to promote general health.

Weight loss studies have used between 600 and 1,800 mg a day.  But, as always, we suggest you check with your doctor before supplementing with lipoic acid.

As research into the anti-aging and disease-fighting benefits of lipoic acid continues, we may soon hear of other therapeutic benefits.  In the meantime, these encouraging studies support the ability of this natural nutrient to eliminate the risks associated with obesity.

(NaturalHealth365)  If you need yet another reason to eat your veggies, here’s END_OF_DOCUMENT_TOKEN_TO_BE_REPLACED