BETTER than laxatives: The “King of Fruit” helps to relieve constipation and greatly improve your health 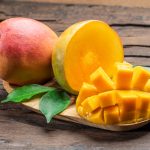 (NaturalHealth365) When it comes to regularity, almost everybody needs a little help “moving things along” at one time or another.  But for millions of Americans, the problem is not just an occasional “glitch” in routine but a frequent occurrence.  According to a recent review published in Gastroenterology, 16 percent of Americans suffer from chronic constipation – with the odds rising to 33 percent for those over 60.

Luckily, recent research shows that this unpleasant problem may have a pleasant solution.  Multiple studies have supported the digestive benefits of mangos, including their ability to ease constipation significantly.  In addition, this sweet, colorful tropical fruit fights disease and improves health in surprising ways.

Warning: Constipation can have MULTIPLE causes and potentially lethal consequences

Constipation is defined as infrequent bowel movements – typically characterized as less than three a week – accompanied by straining.  Constipation is considered chronic when symptoms persist for three months.

Causes can include insufficient dietary fiber, dehydration, and the use of certain medications, particularly opioids.

In a clinical study conducted by researchers at Texas A and M University and published in Molecular Nutrition and Food Research, adults with chronic constipation were given 300 g (about two cups) of fresh mango daily.

The researchers noted that mangoes “significantly improved” the frequency of bowel movements – and were more effective than a supplement that contained an equivalent amount of powdered soluble fiber.  The mango consumption also lowered levels of markers of intestinal inflammation – something that pharmaceutical laxatives can’t accomplish.

One of the study’s co-authors credited bioactive polyphenols in mangoes with the beneficial effects.  The team also observed that daily mango consumption altered and improved the makeup of the microbiome (the all-important community of beneficial bacteria living in the digestive tract).

Researchers have learned that the microbiome is strongly linked with immune system health – and that disruptions in its bacterial composition (a condition known as dysbiosis) have been linked with serious diseases, including autoimmune conditions, autism, atherosclerosis, and obesity.

Mangoes may also ease constipation with their healthy amounts of dietary fiber and their content of amylases – digestive enzymes that help break down complex carbohydrates.

The mango, botanically known as Mangifera indica, has been referred to by aficionados as “the king of fruits.”

Mangoes earn this royal title with their treasure trove of antioxidant polyphenols, or beneficial plant-based chemicals.  These include anthocyanins and carotenoids (a group of plant pigments), along with antioxidant and anti-inflammatory flavonoids such as quercetin, kaempferol, and gallic and ellagic acids.

These antioxidant “good actors” scavenge the harmful free radicals that would otherwise trigger oxidative stress, along with potentially cancer-causing mutations in DNA.  But the mango has one more health-preserving trick up its sleeve: a potent compound known as mangiferin.

Mangiferin, classified as a “super-antioxidant,” is believed to be more powerful than vitamin C – a major antioxidant in its own right.  Researchers say mangiferin is also antiviral, anti-allergenic, anti-inflammatory, analgesic, and immune system-boosting – in other words, it contains a whole pharmacy of disease-fighting effects.

In research published in Comprehensive Reviews in Food Science and Food Safety, the investigators credited mangiferin with the potential to fight atherosclerosis, heart disease, and cancer.  In animal studies, mangiferin inhibited angiogenesis – the ability of tumors to grow new blood vessels – and slowed tumor growth.

The U.S. Centers for Disease Control and Prevention (CDC) reports that close to 2 million Americans over 40 suffer from age-related macular degeneration (ARMD) – the leading cause of vision loss in older adults.  But another of the impressive benefits of mangoes is that they may help prevent it.

The brilliant yellow of the mango’s pulp is a testament to the presence of lutein and zeaxanthin, a pair of carotenoids (antioxidant plant pigments) found in orange and yellow foods such as corn, pumpkin, and squash.  Lutein and zeaxanthin in mangoes help protect the retina, particularly the macula – the part that converts light into brain signals.  In addition to scavenging harmful free radicals, lutein and zeaxanthin absorb excess ultraviolet light and “blue” light from TVs and computer screens, thereby warding off ARMD.

In one study, people with the highest levels of these carotenoids had a 41 percent lower risk of developing macular degeneration.

There is even more good news! “King of fruit” is loaded with an abundance of life-giving vitamins, nutrients, and minerals

At a modest 99 calories a cup, mangos are a nutritional bargain.  Each fruit contains over 2.5 grams of dietary fiber, along with 67 percent of the recommended daily amount of immune system-boosting vitamin C.  Mangoes also contain the essential minerals magnesium and potassium, which help regulate heartbeat and blood pressure.

Many of the antioxidants in mangoes function synergistically, meaning each work together to enhance the effect of the others.  Many researchers believe that taking nutrients that have been isolated from mangoes is not as effective or healthful as simply eating these succulent fruits.

You can access the benefits of mangoes by adding them to smoothies, tossing them into salads, using them in marinades and jams, or eating them as a snack out of hand.  Because mangoes are high in natural sugars, nutritionists advise moderation – with about two cups a day (or two smallish mangos) as the upper limit.

Of course, check first with your integrative doctor before addressing constipation with mangoes.

Just remember: when it comes to constipation, you don’t have to take it sitting down (metaphorically speaking, of course.)  Delicious mangoes pack a nutritional wallop of polyphenols and fiber that can help ease this uncomfortable problem naturally, safely, and effectively.

(NaturalHealth365)  More than 4,500 published studies have created a powerful body of END_OF_DOCUMENT_TOKEN_TO_BE_REPLACED