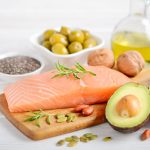 (NaturalHealth365) If you are one of the millions of Americans who suffer from migraine headaches, you know that the pain can be relentless – persisting for hours and even days.  Unfortunately, these disabling headaches are far from rare.  According to the Centers for Disease Control and Prevention (CDC), research from 2018 showed that over 15 percent of all American adults reported having a migraine within the past three months.

While Western medicine attempts to address migraines with pharmaceutical drugs – including addictive opioids and toxic NSAID medications – new research published in the medical journal The BMJ shows a simple dietary intervention may reduce the frequency and severity of attacks.  To discover how “tweaking” your diet may help tame migraine headaches, read on.

Migraine headaches are usually characterized by throbbing, pulsing pain, limited to only one side of the head. In addition, nausea, vomiting, and extreme sensitivity to light and sound can occur, along with visual disturbances such as flashes of light and blind spots.  Migraines can last anywhere from 4 to 72 hours and can strike at unpredictable intervals.  Some patients report rare, isolated attacks, while others suffer multiple headaches a month.

Studies show that women are almost twice as likely to experience migraines than men, disproportionately affecting younger women.  In fact, one of the benefits of senior citizenship is that the frequency of migraines seems to take a nosedive as we age.   According to the CDC, one-fourth of women between 18 and 44 reported a severe headache within three months – a rate that plummets to only 7.6 percent of women aged 75 and over.  Older men also fared better than younger, with 12.3 percent of men 18 to 44 reporting headaches, compared to a mere 4 percent in men 75 and older.

Still, despite the measure of relief some patients gain in their “golden years,” migraine headaches remain a painful ordeal for many.

The research investigated the effects of two types of polyunsaturated fatty acids – omega-3s, found in cold-water fish in the form of EPA and DHA – and omega-6s, found in vegetable oils, nuts and seeds.   Omega-3s are believed to be strongly anti-inflammatory, while omega-6s can be pro-inflammatory.

Does this mean that omega-6 fatty acids are “bad?”

Not necessarily.  After all, a certain amount of inflammation is needed by the body to fight injury and infection.  But, dietary intake of the two fats must be balanced, with most natural health experts advising an “omega-3 to omega-6 ratio” of 1:4.

Unfortunately, the Standard American Diet (aptly abbreviated as SAD!) tends to be top-heavy with omega-6 oils (thanks to soybean oil in many commercial foods) while potentially low in omega-3s.  The effect of this unhealthy way of eating?  Systemic chronic inflammation – which not only can trigger migraines but lies at the root of many degenerative diseases.

The new study showcases the benefits of properly balancing this pair of essential fatty acids.

The study – conducted by researchers from the National Institute on Aging, the National Institutes of Health, and the University of North Carolina at Chapel Hill – involved 182 frequent migraine sufferers experiencing 5 to 20 headaches a month.  One group of participants received a diet with increased omega-3s (EPA and DHA in the amount of 1.5 grams a day), while a second group received a diet with increased omega-3s along with decreased amounts of linoleic acid (a common omega-6).  By comparison, the control group was given a diet that featured a higher ratio of omega-6s to omega-3s.

The results helped to confirm what natural health experts have long maintained about the power of proper nutrition to mitigate inflammation.

An impressive finding is that the diet higher in omega-3s reduced total daily “headache hours” by up to 40 percent.  And, when the diet was higher in omega-3s and lower in omega-6s, the number of “migraine days” in a month were decreased by four – also a significant improvement.  In addition, the greatest decrease in severity and frequency occurred with the combination diet.

Study leader Christopher Ramsden, MD, noted that this was the first moderate-sized controlled trial showing that targeted changes in the diet can decrease physical pain.  The key to the dietary intervention’s success seems to revolve around oxylipins, natural fatty acid-derived compounds that influence pain and inflammation.  While omega-3s help produce oxylipins that reduce inflammation and pain, omega-6s appear to create oxylipins that worsen pain and provoke migraines.

Experts concur on the importance of anti-inflammatory omega-3s

Other noted headache experts are “on board” with the study’s findings and acting on them.  For example, Rebecca Burch, MD, a physician with the Graham Headache Center at the Brigham and Women’s Hospital in Boston, MA., declares, “(The study) results support recommending a high-omega-3 diet to patients in clinical practice.”

For a better balance of polyunsaturated fats in your diet, seek to avoid processed seed and vegetable oils that are high in omega-6s (as well as the processed foods that contain them).  Instead, olive, palm, and coconut oils – along with grass-fed butter – are a wiser choice.  To boost beneficial omega-3 fatty acids, experts advise eating two servings of cold-water fatty fish – such as wild-caught salmon or sardines – a week.  Pastured-raised eggs can also help provide omega-3s.

Ramping up omega-3s while decreasing omega-6s is an intriguing natural intervention that shows promise in helping to manage painful headaches and bring much-needed relief to migraine sufferers.