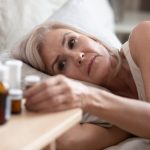 (NaturalHealth365) Migraine headaches are the second most common type of primary headache after tension headaches. And, just to be clear, a “primary” headache is a headache that is not caused by another disease or condition.

Along with debilitating pain, migraines can generate blurred vision, dizziness, nausea, and sensitivity to light and sound.  Often without much warning, migraines can happen once a year, monthly, or several times a week. And, unfortunately, migraines can either occur with an aura – which is known as the classic migraine – or without an aura, which is called a common migraine.

What can trigger a migraine?

The possible migraine triggers not only vary from one individual to another, but encompass a whole range of common substances. This can include hormonal imbalances, synthetic fragrances, processed cereals (or other junk foods) and skipping meals.  A simple drop in blood sugar can cause all kinds of health issues including head pain.

The list of possible triggers is so long – it often appears impossible to eliminate the so-called causes.  In the food category alone the list is extensive and includes ripened and aged cheese, poor-quality chocolate, citrus fruits, conventionally-raised (processed) meat with nitrites such as hot dogs, MSG, caffeinated beverages and alcohol.

Food additive such as nitrites, sulfites, and aspartame can be the culprit behind a migraine.  In fact, studies show a large percentage of migraine sufferers point to specific foods as the trigger.

Non-food triggers include changes in the atmosphere such as drops in barometric pressure, high temperatures and bright, fluorescent lights.  Many women get migraines monthly due to hormone fluctuations or the use of birth control pills.

However, one of the most common migraine triggers seems to be chronic stress.  It is a known fact that anxiety, worry, depression and moods changes can all release specific brain chemicals – which can trigger a migraine.

Sadly, Western medicine promotes the use of analgesic migraine medications – including both prescription pain relievers and over-the-counter drugs – which produce “rebound” headaches.  The point here is simple: no pill will ever solve the (underlying) problem associated with chronic head pain.

A better way to achieve freedom from chronic headache pain

Even with many drugs, lifestyle techniques, and surgical options available to treat and prevent the onset of a migraine – finding the right combination of therapies to manage migraines can be difficult. Fortunately, there is growing scientific evidence to suggest that natural means are just as effective as prescription medication and, many times, even more effective.

#1 – Biofeedback: Most studies on biofeedback show that it can reduce the frequency and duration of headaches. The effects of biofeedback appear to be comparable to many drugs used for chronic headaches, and can be recommended as early treatment for recurrent migraines.

#2 – Acupuncture: Albrecht Molsberger, MD, a medical acupuncture said it is at least as effective as blood pressure medication such as, beta-blockers – most often used for migraine prevention. The American Headache Society has recommended acupuncture for migraines.

Acupuncture helps the natural energy flow and is thought to correct an energy disruption which leads to a migraine.

#3 – Melatonin: Two-thirds of study participants who took melatonin before going to bed every night for 3 months said the number of migraines they experienced dropped by 50%.

#5 – Diet: It pays to avoid headache-inducing substances, including nitrites in processed meats, sugar, processed foods, chocolate, nuts aged cheese, aspartame and monosodium glutamate (MSG) used in foods as a flavor enhancer.  It’s also worth mentioning that dehydration is a major cause of headaches.

Even though food may not be the underlying cause of a migraine, a poor diet does contribute to the problem by depleting vitamins and minerals – which are meant to help ward off an attack.

Emotional stress is a well known trigger for migraine.  Japanese researchers have found that people living in fast-paced business centers in Tokyo tend to have an imbalance in the autonomic nervous system – specifically, an inhibition of the parasympathetic system that is active during relaxation, and an excitation of the sympathetic nervous system, which governs our response to stress.

The major finding of a recent study is that migraine is a disorder of chronic sympathetic dysfunction. Many times the top vertebra in the spine known as the atlas can be jarred from its normal position.

Right above the atlas sits the brain stem and a misalignment in the upper cervical spine can affect the functionality of the brain stem, which in turn can cause migraine headaches.

The goal of the upper cervical treatment is to correct the misalignment consequently addressing the real cause of the migraine instead of just the symptoms. There are many case studies, which show a positive response using upper cervical chiropractic adjustments to treat migraines.

(Naturalhealth365)  Currently one of the five bestselling herbs in the United States, END_OF_DOCUMENT_TOKEN_TO_BE_REPLACED

(NaturalHealth365)  For many, the past few years – marked by lockdowns, isolation, END_OF_DOCUMENT_TOKEN_TO_BE_REPLACED