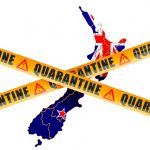 (NaturalHealth365) In what reeks of internment and egregious human indecency, the New Zealand government is allegedly preparing to force citizens who are testing positive for COVID-19 (and others) into “quarantine camps.”

The move is reportedly in response to a growing outbreak of coronavirus cases in the country. And even though Kiwi officials only recently announced their plan to place people into managed isolation facilities, the jaw-dropping idea is actually one that the government has been hinting at for months.

Global media outlets have long heralded the Kiwi country for its response to the SARS-CoV-2 pandemic. Now there are reports of a recent rise in community transmission, and officials are scrambling to enact their Orwellian measures in order to suppposedly control the spread.

For a bit of context, a simple Google search reveals that as of August 21, there are just 11 positive cases of COVID-19 in Auckland, NZ – a city of more than 1.6 million people.

According to Science magazine, this new “cluster” of cases represents the country’s first incidence of community transmission in more than three months. Officials suspect that the new outbreak are due to breaches in isolation security at the border – where citizens have already been kept in quarantine upon returning to the country for extended periods of time.

Public health officials also admit it’s “unlikely” there could have been asymptomatic transmission for all this time, raising even more questions about whether silent transmission is as common as officials want people to believe.

Prime Minister Jacinda Ardern warned at a recent news conference that the current outbreak is “serious but being dealt with in an urgent but calm and methodological way.”  Referring to the rise in cases, Prime Minister Ardern adds ominously, “once you identify a cluster, it grows before it slows.”  Critics argue she’s using this fear-mongering tactic to sell the idea of forced quarantine camps for residents testing positive for the virus.

It’s not entirely clear where or what these camps are, or how many exist. According to Yahoo! News Australia, they are likely hotels, which is similar to what neighboring Australia has used to house its COVID-19 positive residents. Furthermore, documents reveal that New Zealand has actually been toying with the idea of forced quarantine for months – and, as mentioned, has already been using this technique at the border.

But incredibly, the country’s new “Level 3” quarantine measures may not only apply to people who test positive.

WARNING to all Kiwi Residents: New Zealand’s Health Director-General hints that entire families may be forced into quarantine

As reported by Yahoo! News Australia on August 12, New Zealand’s Health Director-General Dr. Ashley Bloomfield admitted to the media that the forced quarantine will “apply to any cases and also close family members who might be at risk as appropriate.”

The implication here is dark for New Zealand residents. If anyone in a family tests positive for COVID-19, then all family members may be forcibly removed from their homes for an undetermined length of time and put into a place where their activities will be closely monitored.

It’s an unnerving precedent that many of us are watching unfold with bated breath.  Stay tuned to NaturalHealth365 as we continue to monitor the situation.

(NaturalHealth365)  Since the late 1980s, the number of petitions filed with the END_OF_DOCUMENT_TOKEN_TO_BE_REPLACED

(NaturalHealth365)  One of the big talking points of mainstream media, MD influencers, END_OF_DOCUMENT_TOKEN_TO_BE_REPLACED