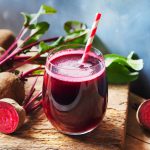 The ability to undertake medically supervised, appropriate physical activity is key to the survival of heart failure patients, especially in the early stages.  But shortness of breath and fatigue – classic symptoms of the condition – can make exercise difficult.  And this is where a particular nitrate-rich juice comes in.  A study from researchers at Indiana University suggested that dietary nitrates from beet juice could improve the ability of heart failure patients to exercise.

Not only is inactivity a major risk factor for heart failure, but it has been shown in studies to worsen the survival rate once the condition has developed.  In one study, only 25 percent of heart failure patients with a sedentary lifestyle were still alive two and a half years after being admitted to the hospital – compared with 75 percent of physically active patients.

Scientists report that medically supervised regular activity that provokes mild-to-moderate shortness of breath can improve quality of life, increase functional capacity, promote endothelial function and reduce the production of pro-inflammatory cytokines in heart patients.  Most important of all, it reduces both hospitalizations and deaths.

In the double-blind, placebo-controlled study published in Journal of Cardiac Failure, the team found that beet juice supplementation caused significant increases in exercise duration, peak power, and peak oxygen uptake in heart failure patients.  As a result, the participants could exercise longer without becoming fatigued.

The scientists concluded that dietary nitrates could be a valuable means of enhancing exercise capability in patients with heart failure.

But wait, there is more!  Heart failure patients can also expect increased muscle power from beet juice, according to study

To conduct the study, researchers gave heart failure patients either beet juice or a placebo version – identical, except that the nitrates had been removed.  Those who had received the “live” beet juice showed a 13 percent increase in muscle power over those who received the nitrate-depleted juice.  Particularly, power increased in the muscles that extend the knee, which obviously has great relevance to walking and running.

The researchers compared the “magnitude of improvement” in the heart failure patients to that of patients who had performed two to three months of resistance training – a remarkable result.

Lead study author Dr. Linda R. Peterson, associate professor of medicine at the Washington University School of Medicine, commented that many everyday activities in life – even those as simple as climbing stairs or getting in and out of a bathtub – are “power-based.”  The goal, she said, is to make people more powerful.  In addition to benefiting the quality of life, power is an important indication of how well patients will do when battling health conditions such as heart failure or cancer.

Increased exercise capacity is not the only gift of beet juice to the heart.  The increased production of nitric oxide helps dilate blood vessels and combats high blood pressure, a risk factor for heart attacks, heart failure, and stroke.

One study showed that drinking 250 ml (about eight ounces) of nitrate-rich beet juice a day significantly lowered blood pressure, leading the researchers to advise eating high-nitrate vegetables as a low-cost way to help treat hypertension.  (Of course, never reduce or eliminate prescribed medication unless advised to do so by your doctor).

Beets may also help fight type 2 diabetes with their content of alpha-lipoic acid.  This powerful antioxidant has been shown to increase insulin sensitivity and lower blood sugar.

In addition, beets contain natural plant pigments known as betalains, which can disrupt potentially cancer-causing mutations of cell DNA.  While more study is needed, researchers are intrigued by betalains’ potential for acting against cancer.

If you choose to get your beets in the form of the cooked root vegetable rather than the juice, you will be benefiting from a hefty 3.81 grams of fiber per cup.  Dietary fiber has been shown in numerous studies to help prevent colon cancer.

Clearly, it is not just heart failure patients that may be helped by beet juice.  Older individuals without heart failure could benefit – along with the rest of the general population, many of whom don’t take in enough nutrient-rich, antioxidant-laden healthy fare.

By the way, other promising natural interventions for heart failure include hawthorn, CoQ10, and fish oil.  Naturally, check with your doctor before supplementing.

Whether you are a heart disease patient, an athlete in training, or just someone looking to improve their health, it looks like lifting a glass (of nitrate-rich beet juice) is a wise move.