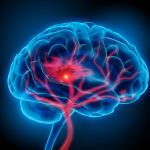 (NaturalHealth365) Can you guess one of the most commonly prescribed medications in the world?  It’s non-steroidal anti-inflammatory drugs (NSAIDs).  Indeed, NSAIDs – prescription and over-the-counter – account for nearly 10 percent of all drugs prescribed – yet millions of Americans experience adverse effects from this class of drugs every year.

Of course, many have heard that excessive NSAID use could be harmful to the kidneys and liver.  But if you have NSAIDs in your medicine cabinet, you should also know these drugs are implicated in an increased risk of serious health problems like stroke.

Over-the-counter NSAIDs increase risk of deadly stroke, heart attack, even within “first few weeks of use”

NSAIDs, including ibuprofen (Advil, Motrin) and naproxen (Aleve) are commonly used to temporarily relieve aches, pains, and fever.  The attitude toward this class of drugs is practically casual, as if “popping a pill” is just no big deal.  Yet in 2015, the U.S. Food and Drug Administration (FDA) quietly strengthened the warning label on over-the-counter NSAIDs.

Taking these drugs can elevate the risk of potentially deadly stroke and heart attack, especially for people with cardiovascular disease – who make up almost half of all American adults, according to the American Heart Association.

This black box warning label had already been on prescription NSAIDs since 2005.  But due to increasing evidence of harm, the FDA made the decision to strengthen the warning for over-the-counter options, too.

What’s more, the FDA noted in their announcement that the increased risk of deadly stroke and heart attack can occur even after just a few weeks of over-the-counter NSAID use.  Said Judy Racoosin, M.D., M.P.H., deputy director of FDA’s Division of Anesthesia, Analgesia, and Addiction Products, “There is no period of use shown to be without risk.”

More recently, NSAIDs made the news over concerns they might increase the risk of adverse events in patients with COVID-19.  Though the World Health Organization concluded in April 2020 that there was “no evidence” suggesting these drugs posed an elevated hazard for people sick with COVID-19, they admit using “no direct evidence” to come to this conclusion – while also omitting in their concluding statements that people with cardiovascular diseases are among the more likely to fall ill with the pandemic illness.

As if elevated risk of stroke isn’t worrisome enough, here are other common side effects of NSAIDs (plus some ideas on drug-free pain relief)

In addition to increasing your risk of heart attack and stroke, taking NSAIDs could also expose you to a number of other known adverse effects, including:

So, do you frequently reach for NSAIDs when you’re experiencing everyday aches and pains?  If so, it might be time to consider another strategy.  Some leading drug-free pain relief interventions include:

These recommendations are well-supported by research.  The U.S. Centers for Disease Control and Prevention (CDC) acknowledges in its 2016 guidelines regarding opioids (another notorious pain reliever) that “many non-pharmacologic therapies, including physical therapy, weight loss for knee osteoarthritis, [and] psychological therapies such as CBT (cognitive behavioral therapy)” can alleviate chronic pain.  They add that “high-quality evidence” supports exercise therapy for improving pain and function in people with conditions like hip or knee osteoarthritis, low back pain, and fibromyalgia.

We remind all readers never to make any changes to your medication routine without speaking with your physician first.

(NaturalHealth365)  Have you seen it?  Floating around the internet is an infamous END_OF_DOCUMENT_TOKEN_TO_BE_REPLACED

(NaturalHealth365)  If you avoided the jab – or at this point, the END_OF_DOCUMENT_TOKEN_TO_BE_REPLACED