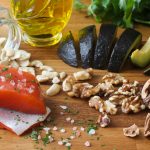 (NaturalHealth365) Could nutrients from your diet have a preventive effect against schizophrenia and related psychosis disorders?  A new study indicates this is entirely possible.

The research comes from the Royal College of Surgeons in Ireland University of Medicine and Health Sciences and re-emphasizes just how important omega-3 fatty acids are for brain health and development.  Keep reading for more information about the study and for a list of the top omega-3 sources.

According to the Treatment Advocacy Center, schizophrenia is relatively rare, affecting just 1.1 percent of the U.S. adult population.  Psychosis, which is a symptom and hallmark feature of schizophrenia as well as other psychotic disorders, is surprisingly more common.  According to the National Alliance on Mental Illness, as many as 3 in 100 people will experience psychosis at some point in their lifetime, which can include hallucinations, delusions, and other forms of disconnection from reality.

Understandably, a psychotic disorder or psychotic episode can be incredibly disruptive to a person’s daily life.  But this new research, published in May 2021 in Translational Psychiatry, suggests that giving adolescents plenty of omega-3 fatty acids in their diet may lower their risk of psychosis once they reach early adulthood.

The study assessed blood work results from over 3,800 people who were part of a cohort known as the Children of the 90s.  Researchers specifically measured the blood levels of omega-3 fatty acids.  They also looked at levels of omega-6 fatty acids, which tend to be pro-inflammatory and overabundant in the standard heavily processed Western diet.

A couple of key findings:

What are the best sources of omega-3 fatty acids?

In honor of your child’s brain health (now and in the future), how much omega-3 fatty acids should they consume every day?

According to the National Institute of Health Office of Dietary Supplements, we actually don’t have an established recommended daily amount for omega-3 fatty acids in general.  There is a recommended daily allowance for ALA, another type of omega-3 (the other is EPA), which is anywhere from 1 to 1.6 grams per day for 9- to 18-year-old individuals.  Many organizations, including the World Health Organization, also recommend at least 250 to 500 milligrams of DHA daily.

Guidelines vary, but it’s clear that you should be paying attention to whether you and your family are getting enough.  High-quality fish oil supplements are great omega-3 sources, but you can also find them in whole foods, including:

(NaturalHealth365)  The controversy over caffeine consumption during pregnancy is a long-standing one.  END_OF_DOCUMENT_TOKEN_TO_BE_REPLACED

(NaturalHealth365)  Every 34 seconds in the United States, somebody dies of heart END_OF_DOCUMENT_TOKEN_TO_BE_REPLACED