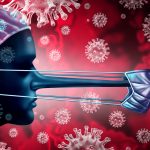 (NaturalHealth365) When you think of COVID-19, mandatory injections, lockdowns, and other draconian measures all in the name of your safety, does the word “genocide” come to mind?  Or do you think making this correlation is a vast exaggeration of reality?  Regardless of which side of the fence you are on, many people labeled as conspiracy theorists warned early on about COVID jab mandates that are now a reality.  It is impossible to deny how warnings once labeled as nothing more than baseless and pseudoscientific claims have proven themselves to be nothing less than truth.

You see, despite the relentless effort put forth by the mainstream media and Big Tech corporations to censor and silence truth-tellers, they continue to speak up, making sure their voices are heard.  One such individual, who many consider a truth-teller – while labeled as a “conspiracy theorist” or worse by the propaganda-pushers – is Dr. Vernon Coleman, an English novelist and the author of over a hundred books.

In an eye-opening video, Dr. Coleman shatters the narrative that COVID injections are safe and effective.  In fact, Dr. Coleman references hard evidence that unequivocally proves, Pfizer and the FDA knew that the COVID shot would kill thousands of healthy people.  How could this be possible, you ask?

The damning information – kept secret until recently – contains confidential data Pfizer submitted to the FDA as part of its post-authorization adverse event reports.  As a result of a Freedom Of Information Act (FOIA) request (more on this in our next article), the FDA was forced to reveal the first 91 pages of this extensive report that included adverse events reported by people following Pfizer COVID injections through February 28, 2021.

You will be shocked to learn how many serious adverse events people reported.  Listen to Dr. Coleman in the video:

What the report exposed was nothing less than criminal.  In fact, only a few weeks into getting shots in the arms, Pfizer received over 42,000 case reports of adverse events.  If this number was not alarming enough, consider that according to a Harvard study,  “fewer than 1% of vaccine adverse events are reported.”

Thanks to the media’s successful promotional campaign, by February 2021, thousands bought the lie and lined up to take the experimental shot.  After all, TV anchors, sports stars, Hollywood celebrities, and government health officials kept repeating the message that the jab was “safe and effective.”  So what could possibly go wrong?  It turns out, plenty.

Since the moment the jabs were rolled out to the American people, the rhetoric that the COVID injections were safe and effective continued and even intensified.  But are they really safe?  If so, by whose standards?  Does an experimental drug that generates over 42,000 adverse events, including 1,223 deaths in only a matter of weeks, sound safe to you?

Dr. Coleman: “When will people realize what’s happening to them?

We have been indoctrinated to “trust the science” and put our faith in the medical establishment.  We have been brainwashed to think the human body is weak that requires constant pharmaceutical interventions to function.  We are fed lies after lies, making us fearful of invisible invaders and dependent on evil corporations to save us.

As Dr. Coleman reminds us, Pfizer is one of the world’s most fined companies, yet they make billions of dollars on the pandemic.  Over the years, Pfizer paid hefty fines for making false claims, paying kickbacks, and committing other unlawful acts, all of which prove, dishonesty is not foreign to Pfizer’s business practices.  Despite its track record, governments worked hand in hand with the corporate giant to push their shared agenda.

“Governments have deliberately and systematically created fear to terrify and manipulate and virtually force people to accept a jab that doesn’t do what most people think it does,” says Dr. Coleman and adds, “the word GENOCIDE can no longer be considered hyperbole.”

(NaturalHealth365)  The telecommunications industry has rolled out 5G connectivity quite inconspicuously.  The END_OF_DOCUMENT_TOKEN_TO_BE_REPLACED