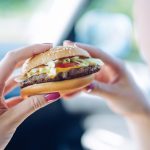 In a study published in EMBO Molecular Medicine, researchers found that large quantities of added phosphates cause the body to produce a hormone known as fibroblast growth factor 23, or FGF23 – responsible for controlling the excretion of phosphate through the kidneys.

When phosphate levels are too high, FGF23 levels go up as well, in an effort to excrete the excess phosphate. If even more phosphate additives are ingested, the effect is akin to that of throwing fat on the fire: levels of both phosphate and FGF23 increase even more – a vicious cycle that can lead to serious health problems, including damaging effects on the cardiovascular system.

FGF23 also controls the excretion of sodium through the kidneys. When phosphate levels are too high, this process is impaired, and blood pressure can spike as a result, putting strain on the heart. High phosphate levels present a particular threat to people with kidney disease, as they often have high blood pressure and elevated levels of phosphates and FGF23 to begin with.

In fact, so important are FGF23 levels in kidney patients that researchers say they can serve as an indication of life expectancy.

Don’t phosphates occur naturally in food and the body?

Yes, to both. Our bodies need a certain amount of phosphorous to maintain the health of teeth and bones, and many foods – including dairy foods, beans, grains and nuts – contain this mineral naturally.

However, researchers tell us that naturally-occurring, organic phosphates pose no health threat, as they are broken down entirely differently by the body, with only 40 to 60 percent being reabsorbed. Commercially added – or “free” – phosphates, on the other hand, have a reabsorption rate of almost 100 percent. (not good!)

Although this study explored the link between phosphate levels, FGF23 and coronary disease, it is by no means the only study to point out the dangers of phosphates. In fact, credible scientists and researchers worldwide have been trying to warn us for years.

German researchers sounded an emphatic alarm in 2012 with a landmark article in Duetsches Arzteblatt. The team stated that excessive phosphate consumption causes higher mortality rates in patients with kidney disease, increases risk of heart disease in otherwise healthy people, damages blood vessels and induces the aging process. They urgently called for labeling to identify phosphate additives, as well as the need for alerting both physicians and the general public to the dangers of phosphates.

In 2011, researchers in the UK showed a link between a high phosphate diet and atherosclerosis, noting that high phosphate consumption causes increased cholesterol deposits and subsequent narrowing of the arteries.  The scientists called for reducing phosphate in the diet, and suggested the possible development of binding agents that could stop phosphate from being absorbed.

In a study published in 2010 in The FASEB Journal, one of the world’s most cited biology publications, phosphates were found to be toxic to mice, drastically reducing their lifespans.  Remarking that phosphates caused accelerated signs of aging and worsened age-related diseases, the research team called for the public to avoid phosphate toxicity by eating less phosphate-laden foods.

As earlier as 2010, one study showed that high levels of these toxic additives are more than twice as common in low-income groups as in higher-income groups.

Due to limited food choices and access, low-income groups consume a disproportionate amount of the country’s fast food; as a result, they experience higher serum levels of phosphate, along with more kidney disease.

How can I avoid phosphate additives?

To keep ingestion of free phosphates to a minimum, you should avoid or sharply reduce your consumption of fast food, baked goods, processed meats – such as sausage and ham – and processed cheeses.  Choose food that is fresh, organic and additive-free whenever possible.

Phosphates added to food are often added in the form of polyphosphates, which means you may see them listed as potassium (or calcium) phosphate and triphosphate.

Be wary of buying “enhanced” fresh meat or poultry … because these foods are sometimes injected with polyphosphates – a fact not always indicated on the label. In a 2009 study, products labeled as “enhanced” had an average phosphate concentration that was between 28 and 100 percent higher than that of additive-free foods.

Simply put, with an abundance of research documenting the dangers of phosphates, it’s time to give these harmful substances the gate. Chances are – we’ll live a lot longer and better.