Real COVID RISK: Common metal found in cigarettes and fertilizers linked to increase risk of death from flu and pneumonia 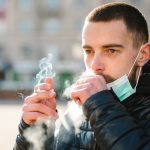 (NaturalHealth365) If you know any cigarette smokers in your life, there is no better time than now to encourage them to quit.  Why?  Because even though there have yet to be specific studies looking at the impact of SARS-CoV-2 on people who smoke, plenty of prior research on other viral diseases suggests that smokers are probably at an increased risk of COVID complications and premature death.

This makes intuitive sense, of course; smoking damages your lungs and increases systemic inflammation.  But, what many people might not realize is that increased heavy metal exposure is one of the significant smoking risks, too – and unfortunately, even nonsmokers may be risk of it, too.

COVID warning: Toxic heavy metal found in food and tobacco products being linked to a higher risk of death from viral respiratory illnesses

Cadmium is a naturally occurring metal.  And, yes, it’s found in high concentrations within tobacco products as well as other common goods such as, batteries and fertilizer.  Because of its widespread presence in the environment, cadmium can easily seep into soil and water via pollution – and therefore leech into plants and animals we eat.

Unfortunately, long-term chronic exposure to cadmium increases the risk of health problems including kidney, bone and (notably) lung disease, according to the Occupational Health and Safety Administration (OHSA).

Recently, a team of researchers from the University of Michigan School of Public Health published the results of their study in Environmental Health Perspectives. They wanted to clarify if and how heavy metal exposure could contribute to severe COVID illness.

The researchers had to look to earlier research to support their hypothesis, given the current lack of peer-reviewed studies on heavy metals and COVID-19.  To do this, they assessed health data of 16,000 people who took part in the U.S. National Health and Nutrition Examination Survey from 1988-1994 or 1999-2006.

Specifically, the researchers looked at cadmium levels in both smokers and nonsmokers from this large sample. After adjusting for factors like age, sex, race, weight, cholesterol, and blood pressure readings, the researchers determined:

Overall, their analysis confirms earlier research showing that exposure to cadmium – whether through food or cigarettes – increases the risk of serious illness or death from the flu and pneumonia. Their research supports the idea that this heavy metal could also be contributing to current pandemic deaths, and that by reducing heavy metal exposure for all people (whether they smokers or not) is an important public health measure.

Action step: Here are some of the foods most likely to absorb heavy metals, according to research

Other than not smoking, you might be able to reduce your risk of cadmium exposure by avoiding certain foods known to contain high levels of it. These foods include:

Of course, you don’t have to swear off veggies forever. Other plants, such as cabbage and broccoli, generally have lower levels cadmium yet very high levels of protective antioxidants – so consider working these into your weekly diet more often.

The key here is to have a variety of healthy, organic plant-based foods to reduce your overall risk of exposure to heavy metals.  Being well-hydrated with clean water (daily) and occasionally doing an effective detoxification program – throughout the year – is not a bad idea either.

When it comes to animal-based foods, eat only the highest quality possible from grass-fed or pasture-raised sources.  Naturally, there are always pros and cons to every food choice …  but, making the effort to eat (and live) better is certainly worth it.