Pro-vax doctor speaks out: COVID-19 booster shot may have accelerated his cancer growth 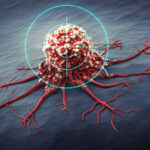 (NaturalHealth365)  When world-renowned professors and doctors who have spent their careers promoting vaccines publicly question whether COVID shots cause harm, we know there is something worth paying attention to.

This is NOT to say that the anecdotal accounts of thousands upon thousands of individuals aren’t worth paying attention to, of course, especially when everyone who gets an mRNA shot is effectively signing themselves up for a mass experimental trial (at least according to some Moderna representatives).  But when a known pro-vax doctor suggests a damning link between his COVID booster shot and cancer, it’s hard to see this as any other than a major red flag.

Dr. Michel Goldman, MD, PhD, is a professor of immunology and pharmacotherapy at the Université libre de Bruxelles in Belgium.  He received a Pfizer booster on September 22, 2021.

Just a few weeks before this injection, Dr. Goldman was diagnosed with a rare form of non-Hodgkin lymphoma called angioimmunoblastic T-cell lymphoma (AITL).  According to the National Organization for Rare Disorders (NORD), AITL causes “abnormal, uncontrolled growth and multiplication (proliferation) of malignant T-cells” and is differentiated from other lymphomas due to its association with “dysfunction of the immune system.” Early symptoms of AITL may include rash, persistent fever, unintended weight loss, and swelling (edema).

Within days after receiving his COVID booster, Dr. Goldman’s condition worsened.  It was soon discovered that his cancer growth had accelerated at an alarmingly high pace, with more pronounced symptoms and new lesions prominent on both sides of his body.  (Before the COVID booster, cancerous nodes had only been identified near his left armpit – in close proximity to where Dr. Goldman received his first two Pfizer jabs.)

In a preprint case report about himself that was co-written by colleagues, including his brother, Dr. Serge Goldman (who is also a scientist and the head of nuclear medicine at the teaching hospital associated with the Université libre de Bruxelles), Dr. Goldman explains that “mRNA vaccines strongly activate T follicular helper cells,” and that therefore “it is important to explore the possible impact of approved SARS-CoV-2 mRNA vaccines on neoplasms affecting this cell type.”

He says his case suggests “vaccination with the [Pfizer-BioNTech] BNT162b2 mRNA vaccine might induce rapid progression of AITL.”

It is important to note Dr. Goldman calls for more research before making any definitive conclusions and “remains convinced that mRNA vaccines represent very efficient products with a favorable benefit-risk ratio.”

Mainstream media insists Dr. Goldman’s case is “rare,” – but is it just too early to tell?

Let’s bring up an obvious and alarming point:

Dr. Goldman – who can easily be considered to have expert-level knowledge of pharmacology, immunology, and vaccines – eagerly received a COVID booster shot because he had cancer.  And as we know, people with cancer and other chronic health conditions have been strongly encouraged to get dose after dose of COVID shots because of their compromised health.

Yet here we have a firsthand account of a cancer patient whose health was made extremely WORSE within days after getting an injection.  The temporal relationship is simply too significant to undermine that even mainstream media outlets are paying attention.

“A lifelong promoter of vaccines suspects he might be the rare, unfortunate exception,” says The Atlantic of Dr. Goldman, who published an interview with the professor on September 24, 2022.

Note the use of the word “rare” here.  We certainly hope this alarming adverse effect of the COVID shot is rare, but it seems a bit too premature to make such a claim, doesn’t it?

After all, remember when so-called breakthrough COVID-19 infections were considered “rare?”  As it turns out, not only are breakthrough infections not rare, but the fact that “fully vaxxed” people can and do get SARS-CoV-2 is used as an explicit justification for more and more booster doses.

We give our best wishes to Dr. Goldman and others who have been so clearly harmed by these shots, and we watch with understandable vigilance to see what other “revelations” will come surrounding the so-called “safety” of these drugs.

(NaturalHealth365)  The Wall Street Journal (WSJ), an organization that reports the news, END_OF_DOCUMENT_TOKEN_TO_BE_REPLACED