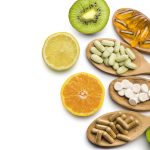 (NaturalHealth365)  Senator Dick Durbin’s amendment for dietary supplement regulation has been voted down.  We can honestly say that the United States Senate acted, this time, on behalf of the people.

The proposed regulation for dietary supplement manufacturers received more “nays” than “yays” in the Senate earlier this week.  The Senate voted to delay reaching a conclusion on the amendment proposed by Senator Durbin.  The amendment would have added regulations that would stifle industry progression and limit consumer options.  Though the bill was struck down, it is likely to reappear down the line in a new incarnation.

The Senate’s decision to table a decision on the amendment is a vote against obtrusive red tape.  There is simply no reason to add even more burdensome requirements for businesses operating in the dietary supplement manufacturing space.

If Durbin had his way, the new law would have mandated that manufacturers of such supplements register their products and ingredients with the U.S. Food and Drug Administration (FDA) within 30 days after being introduced.  The amendment is a component of the FDA’s overarching Safety and Innovation Act.  However, now that the Senate has made its voice heard, the proposed law will not be up for debate.

According to Senator Orrin Hatch, a supporter of the nutritional supplement industry, the proposed amendment centered on the idea that the existing framework for regulation is inherently insufficient.  Hatch also suggested critics of the supposed lack of industry regulation are looking for excuses to extend the FDA’s authority to regulate nutritional supplement products.  Hatch even insisted that the proposed amendment would be punitive to businesses subjected to overarching requirements that would ultimately make it difficult to keep products competitively priced.

A united opposition against bureaucracy

Will the proposed legislation reappear?

As noted by several industry leaders, dietary supplement regulation will likely remain a topic discussed in the beltway as the industry continues to take shape in the years ahead.  In particular, the president of the Natural Products Association (NPA), Jeff Wright, highlighted the vote held by the Senate as a meaningful victory for the dietary supplement industry.

Wright insists the industry’s brass must continue to lobby and remain fully engaged in discussion with lawmakers as the issue of regulation will likely be brought back up for debate before the year’s end.  The question is whether there will be enough legislative support to pass the amendment or a similar amendment into law.

In the end, Durbin’s proposed mandatory product registration relating to dietary supplements would only serve to decrease the range of customer choices and hinder industry innovation.  The legislation is a lose-lose for the industry’s businesses and its consumers.

Stay tuned to find out if Durbin’s proposed amendment finds new life in the months ahead.

(NaturalHealth365)  Since the late 1980s, the number of petitions filed with the END_OF_DOCUMENT_TOKEN_TO_BE_REPLACED

(NaturalHealth365)  One of the big talking points of mainstream media, MD influencers, END_OF_DOCUMENT_TOKEN_TO_BE_REPLACED