Fix your sleep troubles by improving your gut microbiome 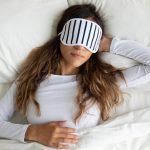 (NaturalHealth365) Insomnia, difficulty in falling or staying asleep, is a common – and frustrating – problem, causing people to struggle with daytime drowsiness, fatigue, “brain fog” and even increased susceptibility to accidents.  According to SleepFoundation.org, some studies place the incidence of chronic insomnia at a stunning 50 to 60 percent of all American adults.  Unfortunately, conventional medications meant to relieve insomnia can cause physical dependence – and may be accompanied by toxic side effects.

While many different environmental and physical factors can contribute to insomnia, the overarching cause seems to be disturbances in the circadian rhythm, the 24-hour “body clock” that governs sleep and wakefulness.  Now, a promising new Japanese study shows that a group of helpful bacterial (the gut microbiome) can influence sleep patterns – and may even hold the key to normalizing them.

An ever-growing body of research suggests that the gut microbiome – the community of bacteria, viruses, fungi, and yeasts living in the digestive tract – is indispensable to our well-being.

The microbiome, which is composed of trillions of microbes in at least 1,000 different varieties, is astonishingly populous.  In fact, some scientists have estimated that there are 10 times more microbial cells in the body than human cells!  Yet, these microbes are so tiny that they make up only 2 to 3 percent of body weight.

While this all sounds almost like “Invasion of the Body Snatchers,” the fact is: the gut microbiome is a beneficial system that exists in all humans from birth.  In other words, our “bugs” aren’t going anywhere – which is just as well, because we need them.  Scientists say that the microbiome is indispensable to immune health (not so surprising, when you consider that 70 percent of the immune system is located in the gut).

And, as it turns out, gut bacteria affects sleep patterns and circadian rhythms as well.  Microbes produce metabolites, or breakdown products, which, in turn, facilitate the production of serotonin and dopamine – neurotransmitters needed for stable mood and restful sleep.

The gut microbiome normally contains both “friendly” microbes and pathogenic, or disease-causing, varieties.  Problems arise when an imbalance between the two occurs, causing beneficial bacteria or fungi to be overwhelmed, and allowing undesirable types to grow out of control.  (A good example of this is candidiasis – the overgrowth of the Candida albicans fungus).

And, a lack of diversity in the microbial community can also spell “trouble.”  Generally, the greater the variety of strains, the healthier the community.  These types of imbalances in the gut microbiota – also known as dysbiosis – are linked with a host of diseases, including autism, asthma, cancer, diabetes, eczema, obesity, and inflammatory bowel disease.

The latest research suggests that we should add insomnia to the list.

NEW study reveals: Secret to a good night of sleep may be in your microbiome

In a study conducted at the University of Tsukuba in Japan and published in Scientific Reports, researchers divided a group of genetically identical mice into two subgroups.  One group was given four common broad-spectrum antibiotics in order to deplete their microbiota, while the control group was given no drugs.

After four weeks, the scientists found that the antibiotic group had shortages in normal metabolites, which affected the production of neurotransmitters (the “chemical messengers” used by neurons to communicate).

Specifically, antibiotics appeared to shut down the tryptophan-serotonin pathway, leaving the mice with virtually no serotonin (which is normally produced from tryptophan in foods).  The antibiotic mice were also deficient in vitamin B6 metabolites, which activate the production of serotonin and dopamine.  And, these shortages were associated with sleep problems and abnormalities in REM (rapid eye movement) sleep.

Significantly, the depleted mice had disturbances in their sleep cycles – spending more time sleeping when mice are normally active, and more time in activity when they should be sleeping.

Lead author Prof. Masashi Yanagisawa, Director of the International Institute for Integrative Sleep Medicine at the University of Tsukuba, stated “Changing which microbes are in the gut by altering diet has the potential to help those who have trouble sleeping.”

While the study’s findings were illuminating, the team called for more research in order to determine specific microbes’ effect on the sleep-wake cycle.

Probiotics, live organisms that encourage the health of the microbiome, are currently investigated for their ability to help with an array of diseases and conditions, including IBS and dermatitis.

In a study published in Applied Microbiology, a group of medical students took a specific lactic acid bacteria for five weeks while in the midst of a cadaver dissection course.  (It is probably safe to say that this was a stressful time for many of the med students. In fact, the researchers noted that some of the participants were experiencing physical symptoms of stress).  Researchers found that the bacteria, a strain known as Lactobacillus gasseri CP2305, eased stress-related symptoms and improved sleep quality.

An interesting side note is a fact that while the Lactobacillus improved sleep quality in both male and female participants, the men benefited the most.

The takeaway seems clear. As Prof. Yanagisawa pointed out, we can change the composition of the gut microbiota through diet.  If you are struggling with insomnia, it might be a wise move to increase your dietary intake of probiotic foods rich in Lactobacillus – such as yogurt with live cultures.

Probiotics are also available in supplement form, with natural healers typically recommending 10 to 20 billion CFU (colony-forming units) a day.  Naturally, check first with your integrative doctor before supplementing with probiotics.

(NaturalHealth365)  If you need yet another reason to eat your veggies, here’s END_OF_DOCUMENT_TOKEN_TO_BE_REPLACED

(NaturalHealth365)  More than 4,500 published studies have created a powerful body of END_OF_DOCUMENT_TOKEN_TO_BE_REPLACED