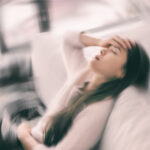 (NaturalHealth365)  As summertime gets behind us, millions of Americans are hitting the highways, the skyways, and the open water for one last getaway.  But feeling “green around the gills” from carsickness and seasickness can ruin even the best-planned road trips and cruises.  Unfortunately, few people – no matter how robust – are completely immune to the misery of motion sickness.  According to experts at UC Davis Health Traveler’s Clinic, research reveals that virtually everyone has experienced – or will experience – the condition at some point in their life.

While Western medicine attempts to address motion sickness with drugs like dimenhydrinate (Dramamine), this powerful antihistamine can cause dizziness, drowsiness, and decreased mental alertness – the sort of “blah” feeling that can dull your pleasure in even the most spectacular of travel adventures.  But, there are alternatives.  So let’s look at some natural interventions that may help relieve nausea and queasiness – and get you back to the business of enjoying a well-earned vacation.

Ginger is considered the “gold standard” of herbal anti-nausea remedies, and with good reason.  Its active ingredient, gingerol, has been shown to be effective against indigestion and against the nausea of morning sickness.  Multiple studies suggest it also may help post-surgical and chemotherapy-related nausea.  While few studies have been performed on ginger and motion sickness, many people swear by its usefulness.  Ginger is available in many forms, including ginger ale, candied ginger slices, fresh ginger root, powdered ginger in capsules, and ginger tea.

By the way, you don’t need to be an experienced herbalist to steep a soothing ginger tea.  Simply chop up an inch or two of fresh ginger root into thin slices, add a cup of boiling water, and steep for five to ten minutes.  Allow the mixture to cool, then strain and sip.  You can also use ginger “on the go” by rubbing essential oil of ginger (diluted with olive oil if you have sensitive skin) into pressure points on the wrist and forehead.

Like other essential oils, ginger oil is intended for aromatherapy or topical application and should not be taken internally.  While ginger in amounts found in food is generally recognized as safe, consult your integrative physician before supplementing with ginger.

Motion sickness is caused by a conflict between the inner ear, which senses movement based on changes in fluid and pressure, and the visual information your eyes receive.  Fun fact: children under two years old typically do not experience motion sickness.  Many people believe that stimulating your other senses can be a beneficial distraction.

Aromatherapy – specifically, inhaling the scent of essential oil of lavender – has been shown to help alleviate nausea.  In a 2018 review published in Complementary Therapeutics and Medicine, researchers noted that aromatherapy with lavender could be used as an alternative or complementary therapy for postoperative nausea.  If the scent of lavender isn’t for you, you might find that inhaling the aroma of ginger or peppermint does the trick.

Acupressure bands, also known as seasickness bracelets and sea bands, work by applying mild pressure on the wrist – and some even deliver a small electrical charge.  According to integrative physician Randy Horwitz, M.D., Ph.D., acupressure bands can be helpful for motion sickness without causing unwanted side effects.

Pro tip: Forgot your bracelet?  You can duplicate the effect of a sea band by pressing your middle and index finger on the point two inches above your inner wrist, in between the two tendons.  Pressure on this point, which is known as “nei-guan” in Traditional Chinese Medicine, has long been believed to help relieve nausea and dizziness.

Fight back against motion sickness with common-sense techniques

One simple intervention for seasickness is to try to focus your eyes directly in front of you while gazing at the horizon or at a motionless object on the shore.  Avoid looking at the surface of the water – and especially avoid focusing on ripples and waves.  According to a study published in PLoS One, people who did this were able to reduce body sway, which seems to be associated with motion sickness.

If possible, sit at the front of a boat and bypass the upper levels.  And opt for the front seat in a car or bus.  If you are prone to motion sickness on airplanes, try for a window seat overlooking the wing.

Don’t try to distract yourself by reading, even if you are ordinarily a bookworm.  This generally makes motion sickness worse.  The same goes for working on a laptop or scrolling on a cell phone.

Have a small but nutritious meal an hour or two before starting your journey, and chew on gum or suck on ice chips if motion sickness strikes.

Finally, avoid sudden or rapid head movements.  Some experts recommend easing nausea on a circling car or boat by tilting your head gently in the same direction as the turns – and not away from them.

As the beloved Muppet, Kermit the Frog, famously sang, “It’s not easy being green.” Hopefully, these natural interventions can help you regain your normal, healthy complexion – and a happier stomach.  Here’s to healthy travels!

(NaturalHealth365)  More than 4,500 published studies have created a powerful body of END_OF_DOCUMENT_TOKEN_TO_BE_REPLACED

(NaturalHealth365)  Food allergies are all too common in our society.  Many Americans END_OF_DOCUMENT_TOKEN_TO_BE_REPLACED