6 signs that your gut health is in jeopardy, especially in kids 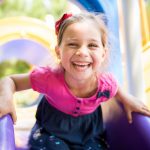 (NaturalHealth365) The human gut famously called the “forgotten organ,” is becoming increasingly less forgotten as scientists discover more and more just how pivotal gut health is to human well-being.  But while gut bacteria research tends to focus on adults, it’s clear that gut health has a major impact on children, as well.

More recently, a team of researchers from Duke University determined that the bacteria living inside a child’s digestive tract (known collectively as the microbiome) may help indicate the type of exposure that child has had to environmental toxins … an issue that could pave the way to long-term health ramifications.

Published in the November 2020 edition of Environmental Science & Technology, the Duke-based study analyzed blood and urine samples from 80 children between the ages of three and six.  Researchers found 29 volatile organic compounds (VOCs)(common environmental toxins emitted from things like building materials, carpets, and upholstery) in nearly all (95 percent) of the samples.

Notably, the researchers found that children with high levels of VOCs also had altered levels of certain bacterial and fungal species in their gut.  This included the growth of some bacteria not usually found in the digestive tract.

The findings suggest that the increased toxin load in these children could be driving unhealthy changes in the microbiome, undermining children’s gut health, although more research is needed to clarify the mechanisms of this relationship.  Such changes, the researchers hypothesize, could be linked to negative long-term health outcomes.

Is your kid’s gut healthy?  Here are 6 signs to look out for

Even if you can’t see inside your child’s gut, you still can look for clues that he or she may be suffering from poor gut health and an altered microbiome.  Here are a few common signs and symptoms which may point to a gut-related issue:

To be clear, the potential health impact of a dysfunctional microbiome goes well beyond uncomfortable signs and symptoms.  Poor gut health has also been linked to vitamin deficiencies, behavioral problems, autoimmune conditions like type 1 diabetes (also called “juvenile diabetes” as it is typically diagnosed in childhood), asthma, and atopic dermatitis.

Poor gut health has even been implicated in the development of autism spectrum disorder, according to research shared by Nature.  In a January 2020 article, the peer-reviewed scientific journal noted that studies show “children with [autism spectrum disorder] often have a mix of gut microbes that is distinct from that in children without the condition,” and that altered gut bacteria (e.g., not enough good bacteria and/or too many bad bacteria) may lead to issues with social development and brain function.

Research on the autism/gut health link is on-going, and there’s still so much to be learned.  But in the meantime, let this be a call to all parents to minimize their children’s exposure to VOCs and other environmental toxins.

(NaturalHealth365)  According to the American Association of Endodontists, more than 25 million END_OF_DOCUMENT_TOKEN_TO_BE_REPLACED