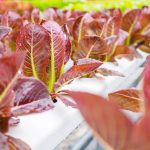 (NaturalHealth365) The destructive policies of the “modern” food system are vast and varied, leading to a host of societal and planetary ills.  Big agriculture and pervasive corporate greed; worker wage depression and unhealthy working conditions; consumer exposure to toxins and antibiotics; chronic disease; animal cruelty; and the mass extinction of biodiversity are just the beginning.

More than 800 million people in the world are hungry, 2 billion people are suffering from micronutrient deficiencies, and 2 billion are overweight or obese.  It’s abundantly clear: something has got to give!

Experts believe that the world might no longer have any usable topsoil within 60 years – the result of spraying massive quantities of pesticides on crops – but there’s uncertainty and argument amongst the experts as to what to do about it.  In other words, there’s a transformative promise to create a sustainable, resilient future but no unifying agreement as to the means or methods of the transformation. It’s the classic case of too many cooks in the kitchen.

The food system needs to change. But how?

One way would be to dissolve the distinction between a farming community and city living.  And “scaling back to the local” with vertical farming technologies and community smallholdings are two ways to transform our failing globalized food system into a much healthier way of feeding the world.

According to Dickson D. Despommier, author of The Vertical Farm: Feeding the World in the 21st Century, vertical farming is a method of growing crops, usually without soil or light, in beds stacked vertically inside a controlled-environment building.

Vegetable Co., a vertical farm that exists in a 320-square foot shipping container in Malaysia, saw revenues rise 300 percent at the start of the COVID-19 pandemic. The success has led Future Farms, the Vegetable Co’s parent company, to seek seed capital to finance an expansion.

Small, local farms are an investment in longevity

Providing culturally sensitive and responsible foods to the community begins in the community. Small project community farms and shareholdings help decommodify food, and that decommodification reverberates  throughout the food system.

According to Dr. Vandana Shiva, food democracy is the new agenda for ecological sustainability and social justice.

The modern food system isn’t going to be entirely transformed by vertical farms and small project community farms.  But this, coupled with more people buying organic (chemical-free) food – in any way possible – will continue to make a positive difference in this world.

(NaturalHealth365)  First, it was menstrual problems, and now, it’s current and future END_OF_DOCUMENT_TOKEN_TO_BE_REPLACED