Heavy Metal WARNING for every child and adult on the planet 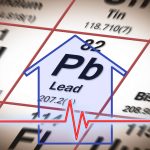 (NaturalHealth365) As most people can easily understand, children are particularly vulnerable to harmful substances in the environment.  And, lead – a highly toxic heavy metal and neurotoxin – is a serious threat to children in every single country of the world.

In fact, according to a recent report from UNICEF and Pure Earth, 800 million children have dangerously high lead levels in their blood.  Or, as our article title suggests (today), every third child in the world has too much lead in their body.

Heavy metal toxicity: Discover the many sources of lead exposure to avoid

Chances are the idea of childhood lead poisoning brings to mind lead paint and an infant’s curiosity and pica-like behaviors. According to the U.S. Environmental Protection Agency (EPA), nearly 90 percent of homes build before 1940 are likely to have lead, and any home built before 1978, when lead based paint was officially banned, is presumed to contain the element.

Lead based paint is the most well-documented source of lead exposure to infants and children, but it’s not the only source. Lead is everywhere. It’s in the form of dust, or chips.

Common household products such as canned food, make-up and toys contain lead. Lead is found in water pipes (Flint, Michigan) and in the soil.

Sources of environmental contamination include mining, manufacturing, and smelting. In some countries, like India and Georgia, lead chromate is added to spices to increase their weight and color. In other countries, the continued use of leaded paint and leaded gasoline have increased exposure levels.

The biggest source of worldwide exposure, however, is the unregulated recycling of lead acid batteries from cars, trucks, and other vehicles. Due to the fact the number of motor vehicles has tripled in the past 20 years there’s been a sharp rise in lead containing batteries.

According to researchers, lead acid batteries account for roughly 85 percent of the world’s lead use.

Childhood lead exposure has been linked to a host of health issues, from increased aggression to hyperactivity. Lead adversely affects the development of the brain and nervous system.

Children under 5 are at the greatest risk of suffering lifelong physical and cognitive damage, including a 3-5 point drop in scores on intelligence tests. Lead poisoning can be acute, or it can come on slowly, because lead accumulates in the body over a long period of time.

It’s not just young children who are affected by lead. Pregnant women who are exposed to high lead levels are more susceptible to miscarriage and stillbirth, premature birth and low birth weight.

To be clear: there is no level of exposure to lead that is known to be without harmful effects.  The best we can do is limit our exposure to potential lead sources.

The EPA says that simple steps such as keeping your home clean and well maintained goes a long way to reduce heavy metal exposure.  In addition, these steps will reduce your toxic load:

The key to improving quality of life is through education.  Share this information with family and friends.  And, never underestimate the power of your purchasing dollars.

We just need to choose wisely.

Stop smoking with these natural nutrients and techniques

(NaturalHealth365)  According to the Centers for Disease Control and Prevention (CDC), cigarette END_OF_DOCUMENT_TOKEN_TO_BE_REPLACED

POWERFUL discoveries about breastfeeding and its value to family health, new study confirms