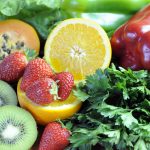 (NaturalHealth365) If your gums bleed, you could be in the early stages of gingivitis, an inflammatory condition caused by a build-up of bacteria and plaque inside the mouth.  But a study just published in Nutrition Reviews suggests that poor dental habits and oral bacteria might not be the only explanation for bleeding gums.

Incredibly, a vitamin deficiency — vitamin C deficiency, to be exact — could be to blame.

The authors of the breaking study, titled “Bleeding tendency and ascorbic acid requirements: systematic review and meta-analysis of clinical trials,” assessed 15 clinical trials from six countries, representing 1,140 people.  The researchers also collected and analyzed data of over 8,200 Americans from the Centers for Disease Control and Prevention’s Health and Nutrition Examination Survey.

Based on their analysis, the researchers concluded that people who experienced bleeding of their gums and even bleeding in the eye (retinal hemorrhage), were more likely to have low levels of vitamin C (ascorbic acid) in their blood.  Furthermore, increasing vitamin C intake seemed to help reduce the bleeding problems!

The link between gum health and vitamin C isn’t a brand new discovery.  Swollen, bleeding, and discolored gums is one of the most well-recognized signs of scurvy, a potentially fatal disease caused by very low levels of vitamin C.  But this new data suggests that “setting human [vitamin C] requirements based on scurvy prevention leads to [vitamin C] plasma levels that may be too low to prevent an increased gingival bleeding tendency,” according to the study authors.

How much of this vitamin do you need? Here’s a quick primer (and sample shopping list)

If you experience bleeding gums (or if you ever notice that your sputum or toothpaste has a pinkish tint to it), it could be time to visit the dentist or doctor for a check-up.  Bleeding gums are also a good reminder to improve your oral hygiene habits (e.g., twice-daily brushing and flossing, avoiding sugary foods and beverages, etc.).

But you should also take a look at your diet and ensure you’re eating plenty of vitamin C rich foods.  If low vitamin C levels are leading to bleeding gums, then no amount of flossing and brushing will fully resolve the underlying cause of your gum issues.

According to Mayo Clinic, the recommended daily amount for a typical adult is between 65 and 90 milligrams (or up to 120 mg for lactating women), while the upper limit is 2,000 mg per day.  Other than using a supplement, you can easily hit your recommended amount by adding more of these foods to your diet:

By the way, in case you needed another reason to quit smoking: the National Institutes of Health say research consistently shows that smokers have lower plasma levels of vitamin C because of smoking-induced oxidative stress.  For this reason, smokers should consume about 35 mg more than nonsmokers (or better yet, quit smoking altogether).

(NaturalHealth365)  It is often said that you are what you eat.  Those END_OF_DOCUMENT_TOKEN_TO_BE_REPLACED