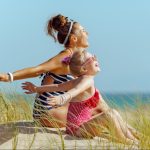 (NaturalHealth365)  Health issues related to heart function claim hundreds of thousands of lives every year in the United States.  At the same time, researchers warn that vitamin D deficiency is currently widespread in the American population, despite many foods being fortified with the nutrient.  Could there be any connection between the two?  Some natural health experts think so.

In a newly-published study, scientists found that vitamin D deficiency was linked to unwanted blood pressure readings and an increased risk of heart function problems.  The researchers concluded that correcting vitamin D shortages in people with insufficient levels could help to lower the burden of heart-related health issues – a fascinating possibility.  Let’s take a closer look at the research.

The study, published in the European Heart Journal and performed using data from over 267,000 people, utilized a technique known as Mendelian randomization, allowing researchers to identify genetic evidence connecting vitamin D and heart health.  Mendelian randomization is often used in studies where long-term research on untreated participants (such as people with severe vitamin deficiencies) would be unethical or impractical.

The findings were eye-opening.  The team concluded that participants with the lowest vitamin D concentrations had more than twice the risk of worsening heart function than those with optimal levels!  The researchers stressed the need for vitamin D supplementation to help people maintain adequate levels and avoid negative effects on heart health.

The researchers measured blood levels of 25-hydroxyvitamin D – the biologically active form of vitamin D – using units of nmol/L (Vitamin D may also be measured in ng/ml).  The team defined blood levels of less than 30 nmol/L (equivalent to under 12 ng/ml) as “deficient,” while levels of 30 to 50 nmol/L (12 to 20 ng/ml) were termed “mildly deficient.”  Levels of 50 nmol/L or greater (over 20 ng/ml) were considered “sufficient for health.”  By increasing vitamin D-deficient individuals to levels of at least 50 nmol/L, some cases of heart issues could be prevented, the team predicted.

On the other hand, many natural health authorities, such as The Endocrine Society, view levels under 30 ng/ml as inadequate – and recommend striving for even higher concentrations, such as 40 to 60 ng/ml.

Warning: Low exposure to sunlight is a major cause of vitamin D deficiency

Vitamin D is not actually a vitamin but a fat-soluble “vitamin-like” steroid hormone.  In addition to being essential to the formation of bone, vitamin D promotes heart health by reducing inflammation and helping to regulate cholesterol and blood pressure.  It is produced in human skin in response to sunlight and is also found in eggs, cold-water fatty fish, and mushrooms that have been raised under UV light.  However, even a healthy diet tends to not provide enough of this important nutrient, when deficient.

While severe vitamin D deficiencies are relatively rare, studies suggest that one out of four people in the United States have low (unhealthy) levels – and many natural health experts and integrative physicians believe the rate to be much higher.

The leading cause of vitamin D shortfalls?  Lack of exposure to sunlight, particularly in an aging population.  “Deficiency can be a problem for people living in residential care who may have limited exposure to sun,” noted Prof. Hypponen.  As a technique for getting vitamin D into your body, exposure to the sun puts all other methods “in the shade.”  Experts estimate that a mere 10 minutes in direct sunlight, depending on the time of year and how much your skin can absorb, could result in the production of a whopping 10,000 IU!

But, the fact remains: for many, vitamin D supplementation may be the way to go – particularly during the winter months, when the angle of the sun makes it difficult to produce enough vitamin D naturally.

More controversy: How much vitamin D is enough?

Dietary and supplementary recommendations for vitamin D remain controversial and vary wildly from source to source.

For example, while the Office of Dietary Supplements recommends that adults get a paltry 600 IU of vitamin D a day, many natural health experts advise amounts of 5,000 IU and above.  In fact, The Endocrine Society notes that a person may require 2,000 IU of vitamin D a day just to maintain levels above 30 ng/mL.

The truth is: the amount of vitamin D needed for healthy levels depends on age, weight, nutritional status, state of health, and even the climate in which one lives.  Before supplementing with vitamin D, consult your experienced integrative doctor for guidance.

One thing that experts do seem to agree on, however, is the superiority of vitamin D3 (cholecalciferol) over vitamin D2 (ergocalciferol).  The former is much more biologically available and more effective in raising vitamin D levels.  And, raising low vitamin D levels is what it’s all about.  In addition, consuming vitamin K2, magnesium, boron and zinc will help you to absorb more vitamin D.

After all, staying topped up on the “sunshine” vitamin can brighten the forecast for your heart performance.