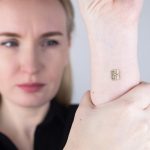 (NaturalHealth365)  For the past two years, all eyes have been on the COVID-19 pandemic.  Meanwhile, the globalists who likely orchestrated the entire fiasco are now quietly proceeding to the next phase in their plan.  In phase one of this global experiment, people were conditioned to accept the idea that to keep others safe, they must give up their fundamental liberties, personal freedoms, and right to bodily autonomy.  The experiment was quite successful as the vast majority acquiesced and went along with tyranny, complying with unscientific COVID-19 mitigation measures and blindly following authoritarian government mandates.

When the World Health Organization (WHO) declared COVID-19 a pandemic, countries implemented almost the exact same measures, following the same playbook – locking down citizens, destroying economies, and suspending democracies in the name of public health.  But was this the end game?  Not even close; it is only the beginning.

On February 18, 2022, Dr. Peter Breggin, author of the book “COVID-19 and the Global Predators: We Are the Prey,” published an article that warned humanity about the globalists’ next move, the takeover of the entire world’s healthcare systems.  The egregious COVID jab passports pushed in most countries are the first step towards seizing total control.

Their next step is to legalize this takeover and monopolize health systems by creating an international pandemic treaty.  If this treaty goes through, it will have insurmountable consequences on the world’s population, as the World Health Organization will become the sole decision-maker on pandemic matters.

Under the new universal healthcare, the WHO will have the power to implement mandatory jabs or health passports for billions of people worldwide.  If you think this would be impossible to carry out, think again.  The plan is clearly defined and once executed, it would replace individual nations’ constitutions with the constitution of the WHO – all under the disguise of “pandemic prevention, preparedness, and response.”

If it does not sound frightening enough, consider that the WHO recently changed the definition of a pandemic, now classifying any “worldwide epidemic of disease” as a pandemic without the need for the disease to be severe or cause high morbidity.  Using this newly revised definition, anything could be called a pandemic and put individual rights, political liberty, or national sovereignty at significant risk.

Trust WHO?  Past performance raises several red flags about the organization

Although the WHO describes itself as the “global guardian of health,” it has been accused of failing to uphold its mission.  For instance, we don’t have to go very far back in history to see evidence of the WHO’s catastrophic handling of the swine flu pandemic in 2009.

The swine flu injection left thousands of people injured, thanks to the fearmongering campaign the WHO launched to further its global vax agenda.  The organization was accused of exaggerating the risk of the disease and creating undue fear in the population to drive vax sales for the pharmaceutical industry.  Sounds familiar?

Did you know that while the media has been keeping us busy with the events in Ukraine, the WHO has launched an initiative to create a WHO-backed global health passport?  According to reports, the WHO has entered into a contract with T-Systems – a Deutsche Telekom subsidiary – to build the first international digital jab passport.

Startling enough, the SMART Health Cards system is already widely used worldwide, including 12 different countries, 25 US states, DC, and Puerto Rico.  The US Congress is also trying to pave the way to total tyranny through its “Trusted Digital Identity Bill 2021,” which, if passed, will undoubtedly take us one step closer to the ultimate end goal – an Orwellian society defined by a global social credit system, total surveillance, punishment and forced compliance.

Vax passports are the first step to global control and surveillance

So for anyone who still believes that the purpose of vax passports is to keep us “safe,” it is time to wake up because time is running out.  It is critical to recognize that digital health passports have nothing to do with public health.  Instead, they are a free trial to social credit score, digital currency, total control, and surveillance over the entire global population.

And don’t think this idea is far-fetched.  China has already rolled out its version of a centralized digital currency, which will be integrated into its social credit system.  If you are unfamiliar with the Chinese social credit system, imagine a world where the government monitors your every move.  If you misbehave – litter, badmouth the government or commit similar offenses – your punishment may be the partial or complete restriction of your ability to participate in society.

Today, vax passports are paving the way to creating a One World Government where digital money combined with a social credit system will eventually force humanity into global enslavement.

If this is not the future you envision for yourself, your children, and your grandchildren, it is time to say no to vax passports, mandates, and the central bank digital currency.  It is time to question everything and stop acquiescing to tyranny.

(NaturalHealth365)  The Wall Street Journal (WSJ), an organization that reports the news, END_OF_DOCUMENT_TOKEN_TO_BE_REPLACED