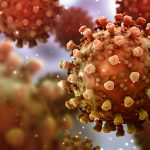 (NaturalHealth365)  A story broke just several days ago, claiming that new research from at least two separate studies supports the theory that SARS-CoV-2, the virus that causes the pandemic illness COVID-19, originated from animals in a Wuhan, China wet market.  But despite what mainstream messaging might insist, the origin story of the pandemic virus is far from conclusive.

A new prospective study published in February 2022 in Frontiers in Virology, for example, offers an alternative view on the viral origin that points to the lab leak theory.

“Highly unusual:” New study points to “100%” genetic match in part of SARS-CoV-2 spike protein and a gene sequence patented by Moderna over five years ago

According to the study in question, called “MSH3 Homology and Potential Recombination Link to SARS-CoV-2 Furin Cleavage Site,” a team of researchers discovered a small section of the gene sequence in the pandemic virus’s so-called “furin cleavage site,” found on its spike protein, that matches exactly with a small genetic sequence found in a gene owned by Big Pharma and mRNA COVID shot maker Moderna.

Here’s a good description from The Daily Mail that will help clarify what is meant by a furin cleavage site:

“SARS-CoV-2 … carries all the information needed for it to spread in around 30,000 letters of genetic code, known as RNA.  But it is the only coronavirus of its type to carry 12 unique letters that allow it to be activated by a common enzyme called furin.  This in turn makes the virus better at invading neighbouring cells.  The so-called furin cleavage site is located on the virus’ spike protein, the structure that binds to human cells in the first place.  Scientists sometimes add this element to lab viruses to make them more infectious, but in nature, pathogens can acquire it by swapping genetic code with other members of their family.”

It turns out that this highly specialized genetic sequence is a perfect match for a small sequence found in a gene called MSH3 – which was patented by Moderna back in 2016 for cancer research.

According to the authors of the study, there is a one in 3 trillion chance that this specific sequence developed naturally.  Additionally, the fact that there is “100% identity” with this part of SARS-CoV-2 and a part of a patented gene made by Big Pharma is “highly unusual.”  It’s likely not enough data to prove a lab leak theory, but it does offer enough contrasting evidence to the animal origin theory to warrant further investigation, say the study authors.

Two years into the pandemic, it is difficult to ignore the mounting evidence crushing the theory that COVID-19 is of zoonotic origin.  However, plenty of diseases are known to start in animals and pass to humans (or, in some cases, humans to animals).

A few of the most well-known zoonotic diseases include:

If you or your loved ones are frequently around animals such as pigs, horses, reptiles, and other domestic pets, you can reduce your risk of zoonotic disease transmission by keeping your animals and their surroundings clean, keeping your animals healthy, and practicing good hand hygiene, especially when cleaning and before eating or drinking after being around your animals.

Of course, it almost goes without saying, keeping your immune system as strong as possible is always a wise choice to protect yourself from bacterial or viral threats.

(NaturalHealth365)  Is the COVID shot necessary for kids?  We know most people END_OF_DOCUMENT_TOKEN_TO_BE_REPLACED

(NaturalHealth365)  As Big Pharma rolls out one COVID booster after another, a END_OF_DOCUMENT_TOKEN_TO_BE_REPLACED